Zootopia 2 is an upcoming CGI-animated comedy action/adventure, sequel to the 2016 film Zootopia, to be released on November 24, 2021. The film is produced by Walt Disney Pictures and Walt Disney Animation Studios. The film is directed by George Stone and Byron Howard.

The first "Zootopia" film with a male protagonist.

Now that Nick and Judy are both cops in Zootopia, they both fight crimes. However sinister spy Tadashi Gorki decides to steal from a secret factory secret sample with powers and also Bellwether from jail, he's must become a rightful mayor of Zootopia, but later his helpers and Bellwether will want to grab Tadashi, to take possession to reign, will be Nick and Judy save Tadashi and grab villains from taking possession of samples?

Nick, Judy and Tadashi are sent to capital city - Charmingtown, to track down the remaining bandits to any samples, and defeat Ferb Dogfalusi, Bellwether and their minions. While Ferb is not disguised Nick.

Ferb Dogfalusi will make a evil potion to turn herbivores into violent predators. 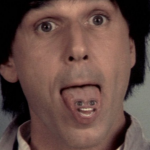 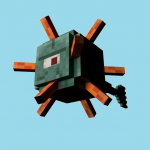