Zootopia 2 is a 3D animated action/adventure March 4 2021. The film is produced by Walt Disney Pictures and Walt Disney Animation Studios. The film is directed by Byron Howard and Matt Groening.

Steve Carell as Mark the Ostrich

Will Ferrell as Oliver the Blue and Yellow Macaw

Wallace Shawn as Reggie the Emu

Elijah Wood as Edward the Hoopoe

Shakira as Gazelle the Thomson's Gazelle

Will Smith as Leon the Green Iguana

Will Arnett as Chuckles the Wolverine 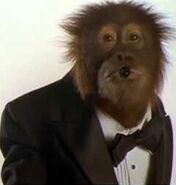 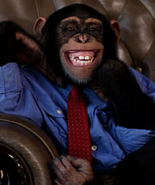 Add a photo to this gallery
Retrieved from "https://ideas.fandom.com/wiki/Zootopia_2:_Undercover_Hopps?oldid=2636138"
Community content is available under CC-BY-SA unless otherwise noted.