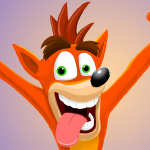 My name is Ramon, also known as TheMrRamonlle. I love to watch all kinds of movies other than Disney and edit videos (if I only have time). Besides, I'd like to paint things including my own silly concepts.

I'm also a fan of Disney on Ice's 100 Years of Magic since I watched it during my childhood. It's already been updated and it's very good. I wish to see that again.

But I also love playing Mario, Sonic, Super Smash Bros., Tekken (for Lili, though I haven't played it for a very long time, but I still I love her the most), and Crash Bandicoot.

But more importantly, I was supposed to apply for a job as a graphic artist, but I didn't get qualified. So my dad recommended me to work in his bar. Afterward, I found myself a new job - painting!

Besides Mickey, Pooh, and their friends, there are other characters who I really like the most.

My other favorite Non-Disney shows

My other favorite Non-Disney live-action movies

Walt Disney World Resort is my most favorite Disney theme park resort because it's the largest. And it's got a lot of fun stuff and attractions.

Also, here are the some of my favorite Disney attractions and the ones I wish to see at another future Disney Park:

Retrieved from "https://ideas.fandom.com/wiki/User:TheMrRamonlle?oldid=2101352"
Community content is available under CC-BY-SA unless otherwise noted.