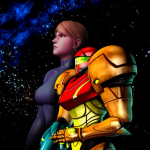 Stan Lee, you will be missed.

Hi! I'm Supersamus, an American/Canadian Wiki user who LOVES the Idea Wiki, to the point where it's even better than YouTube! This is my favorite Wiki of all, and even my favorite website! Everyone gets to express their creativity and artistic merit when it comes to making their own different pages and it's just amazing!

"Don't say you're the worst, say you need to improve instead."

"Ideas can be anything. There's no such thing as a bad idea."

Thought Of But Not Sure

Retrieved from "https://ideas.fandom.com/wiki/User:Supersamus_3.0?oldid=1873634"
Community content is available under CC-BY-SA unless otherwise noted.