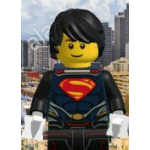 Add Image
Hello there amigos!!! Emman Cortez here, also known as Spider-GemBlur, as of my new account aka All-New, All-Different and Clean slate new Start self I have a lot of good ideas for the future.

BTW, this is my changed and reformed version of my old self, which this time, I would be better and much more creative and this is my third account.

Note: These are my weapons that I use in my own younger animated form.

Unlike my past self, I am more focused on originality, although sometimes I help out.

My other main ideas are both some of my mates' Disney Infinity 4.0 and my planned Disney Infinity remake, as well as Cinematic and Television Productions. In fact, others are Comic Books and DLCs for Video Games (Fighting Games such as SNK Heroines Tag Team Frenzy and such).

And of course, I had more planned as time passes by. Keep in Mind I will think before I can create them.

Retrieved from "https://ideas.fandom.com/wiki/User:Spider-GemBlur?oldid=1279140"
Community content is available under CC-BY-SA unless otherwise noted.