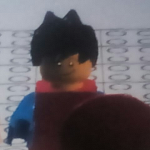 Hey People, I'm Emman and this is my user lair.

Note: There will be more franchises from my ideas, if I can think good ideas for them.

My other account will be revealed once I got a new device.

I've got tons of them.

Well, I am going to plan Disney Attractions for the future.

As a Superhero geek, I would love to see even more Marvel themed attractions, rides and stuff.

As you know, I'm planning to do Disneyland shows in the near future and unlike Ramon, my Disneyland attractions would feature a larger variety of properties like Superheroes. In addition, I would love to have more attractions based on everything else, like Big Hero 6, The Avengers, Guardians of the Galaxy, Wreck-It Ralph, etc.

Well, my theme song would be something Rock based.

Well, for obvious reasons, I like all types of music.

I Emman Cortez, born on June 17, 2002, I'm may have ADHD, but I've got a large intelligence as well as a very large variety of hypothetical ideas such as Video games, crossovers, film adaptions, etc.

Sometimes, I am busy working on everything else as I don't have enough time to finish them and I'm known to help almost everybody on this wiki.

For obvious reasons, I'm also a superhero geek, in which I've got many influences from them as well as a great taste in Disney, Cartoons, Videogames, Science fiction and other genres, including Superheroes.

Connection: Both of us were fans of Disney but unlike him, I'm much more diverse, mature and wanting to include my wishes for his fighting game and in addition, he wants to include EQG of all of his crossovers unlike myself in which is much more diverse in which I feature more stuff. Plus both of us like Tekken but for myself, I have a wide variety of video game franchises I like as well and in addition, I had a large Dipper-like intelligence.

Also, if I can add someone else for a something, something like would fit a specific theme.

In addition, unlike him, I want to include a very large amount of third party franchises and stuff, such as Warner Brothers' Harry Potter films, Cartoon Network shows like Steven Universe or Generator Rex, DC Comics, Activision's Overwatch, StarCraft, Rooster Teeth's RWBY, etc.

Reason 1: He doesn't want to remove anything he likes in favor of something useful and would fit because he is too restrictive for guest fighter additions.

Reason 2: At the comments section of his Fighting game, he gives me threating comments for my additions like Harry Potter, Steven Universe, DC Comics and Dragon Ball Z in which the latter last addition and like many anime and manga properties, it also had tons of fighting games and in fact, Goku's Kamameha vs. Mickey's Fireball beam battle makes sense.

Reason 3: I also want to include Harry Potter in a Disney themed Crash Bandicoot crossover in which a team up between Crash and the Hogwarts students would be much more exciting and relevant than the Canterlot High students and what would be even more relevant for my Warner Bros additions? A team up between Neo Cortex and Lex Luthor in the DC Comics Universe in which they're both voiced by Clancy Brown.

Conclusion: He's finally blocked and I no longer have to deal with him because he is finally defeated but his dad however, is mad at me for what I had done.

Retrieved from "https://ideas.fandom.com/wiki/User:ShadEmmanZ-K9?oldid=802343"
Community content is available under CC-BY-SA unless otherwise noted.