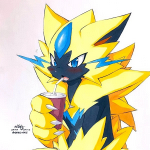 Sock puppet notice: It is very likely that the following FANDOM accounts are operated by the same Bakugan:

Hello! I am Hyperus18 the Unofficial Idea Critic (I am kinda like Jojo from Papa Louie).

BTW: I wrote most of the Power Rangers and Power Rider stuff here.

FUN FACT: I use "World of (franchise/PRa season/PRi season)" instead of very long "Earth-(number)" designations. It's easy to remember.

Hates: Pooh's Adventures (my reaction to finding that this page was on TTSW), Supernoobs, rip-offs, boredom, grammatical errors, logical fallacies

Some of my characters share names with those by others. For these ones, my character has nothing to do with theirs, except theirs being the namesake of mine.

Well, before the Dharak-RedLegend War that led me here, I actually DID create an illusion of support.

Pro tip for featured series: USE THE FORUMS TO PREVENT ILLUSIONS OF SUPPORT!

How to improve GF

Morph call: GF, (Whatever the PC call is minus "PreCure")

Retrieved from "https://ideas.fandom.com/wiki/User:Hyperus18?oldid=2136628"
Community content is available under CC-BY-SA unless otherwise noted.