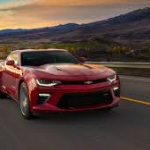 aka Why would you want to know?

What's up dudes! My name is Hostdude98! I’m a member and a local administrator of Idea Wiki! My most famous and popular idea ever created by me was ROBLOX: The Movie! I have joined this wiki on May 29, 2017, that also marks the day my first idea was made, Moving In, I then became an admin on December 10, 2017! I make Ideas that are from Devices to Movies! Be sure to come back to my profile to see what is updated!

If you want to message me or ask me a question, come to my message wall, don’t be afraid! I won’t harm you in a certain way (unless if you come to annoy me), or you might want to see the blogs I created!

Come on and see what is in my profile! Go relax, and have some fun while you read my profile!

Ideas That I Created

How I became an admin

On December 10, 2017, Coolot1 felt offended by some troll. So he demoted himself, and asked KKDisney if i can become an admin. He said to me I deserved to become an admin because I care for people, like a lot. I was even caring to him, so KKDisney made me an admin, and I made a thread about it, lots of people were happy that I was promoted.

Retrieved from "https://ideas.fandom.com/wiki/User:Hostdude98?oldid=1835078"
Community content is available under CC-BY-SA unless otherwise noted.