The Velociraptor Warrior is an American animated television series being created by Bryan Andrews and Rob Renzetti. It is being produced by Nickelodeon Animation Studios and aired on Nickelodeon from November 5th, 1999 til September 23rd, 2005.

In the fictional region of Thundriso, a Velociraptor is chosen to be the hero as he, a female ground sloth and a stupid triceratops stop vary evil from going over his home.

The series' animation is being outsourced to Rough Draft Studios in Seoul, Korea.

See The Velociraptor Warrior: The Wrath of Grimm.

A theatrical movie, serving as a de facto series finale to the series, was released by Paramount Pictures and Nickelodeon Movies in 2007.

See The Velociraptor Warrior/Lore and Creatures.

See Myth of The Velociraptor Warrior.

The Velociraptor Warrior received universal critical acclaim from critics and audiences alike. The score on Rotten Tomatoes is on the Fresh certification, scoring with "100%", with the critical consensus reading "TBD". On MetaCritic, the score for the series is on 96 of 100, indicating "universal acclaim". 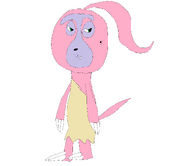 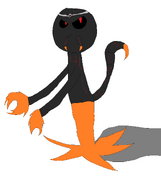 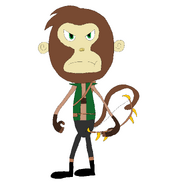 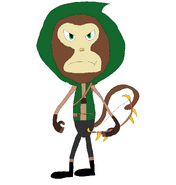 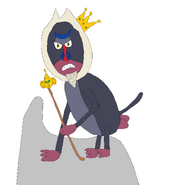 King Jungle.
Add a photo to this gallery

Retrieved from "https://ideas.fandom.com/wiki/The_Velociraptor_Warrior?oldid=2627543"
Community content is available under CC-BY-SA unless otherwise noted.