The Tales of the Paintders (originally known as The Tales of Ashton Paintders), alternately (and known in merchandise) known as The Paintders, is an American animated adventure-comedy-drama television series created by Tom Ruegger. It is produced by Warner Bros. Animation and it aired on Netflix in May 25, 2018.

Its was originally gonna be planned to air the third season on HBO Max, but due to Coronavirus, it will remain on Netflix due to the early date. On April 5th, 2020, Ruegger announced that the third season will be his final season, and would be leaving after that season. Dave Polsky, the creator of The Buzz on Maggie, would handle the series for the rest of the series.

The series is rated TV-Y7 for girly references, comedy and occassional use of radar references.

A spin-off series, focusing on Rainee, is announced for HBO Max and a theatrical movie being released on April 2nd, 2021.

For the scripts for the series, go here.

Ashton, Hannah, Lagan and Shoney have moved to New Paint City after getting an opportunity to move there for free. However, they end up facing adventures and several situations.

Guest characters appear mainly in few episodes (usually just one episode) and in most of the occasions, they are voiced by guest stars.

Guest villains appear mainly in few episodes (usally just one episode) and in most of the occasions, they are voiced by guest stars.

While this series premiered in 2018, this cartoon was in planning stages since 1999 and was to premiere on 2001 with What a Cartoon! Productions producing the series with an early title The Tales of Ashton Paintders, however, the series had faced a lot of delays.

The animation for the series were mostly outsourced to Mercury Filmworks with some additional animation being made by Toon Boom Animation.

The score for the series is being composed by Michael Giacchino and Stewart Copeland.

See List of The Tales of the Paintders episodes.

Ruegger confirmed that this show is confirmed to get a crossover with Croc and Mario, but is very unsure about a Looney Tunes crossover episode, as he states "very unlikely to happen", mainly due to the franchise's slapstick humor-driven content in contrast to the series' more teen sitcom-related and girly content (despite having occasional disgusting moments). A crossover with The Berenstain Bears has happened. Despite that, some references, allusions and cameos were included in a few episodes. Rumors also point that a possible crossover with The Powerpuff Girls is "on the list", being later confirmed that it is likely to happen, which would make it the second time TToTP had a crossover with a Cartoon Network show, however, considering for the fact that Ruegger left the series and Polsky took over the series since Season 4, plans for the Paintders x PPG crossover are currently uncertain. Rumors started to speculate that this would also get a crossover with The Face Paint'nimal Gang, with those rumors confirmed true, meaning it will now be the second time that TToTP had a crossover show with a CN show.

See List of The Tales of the Paintders shorts.

The Tales of the Paintders received universal critical acclaim, being praised for it's animation, writing, characters and its unique targeting for females. It currently sits at the "100%" Fresh score from Rotten Tomatoes, with the critical consenusu reading "[reserved for Green]". On MetaCritic, it was given a 88 of 100, indicating "universal acclaim".

Reruns would air on Cartoon Network and Boomerang three months later after their premiere on Netflix on August 27, 2018. They would later premiere on the WB Kids block and channel on September 1 and November 4, 2019, respectively.

Despite being an innocent kid-friendly cartoon, this cartoon was banned in Russia and Malaysia (both for an unknown reason at this time).

See The Tales of the Paintders (comic series).

In July 2018, due to the success of its first season, Archtive Partners announced that they are adapting the series into a comic, set to be released in January 2019 with its first issue.

See The Tales of the Paintders: Canvas Gala Night.

[give this some more DtV films?]

WB Animation expressed interest in doing a theatrical The Tales of the Paintders movie. The movie is planned to be 2D flash-animated similar to the series it is based on. On March 20th, 2020, WB Animation confirmed that a theatrical TToTP movie has been officially confirmed, aiming for its April 2nd, 2021 release date.

See The Tales of Rainee.

See The Tales of the Paintders Videogame.

A video game is announced, slated for its April 14th, 2020 release date.

See The Tales of the Paintders/Toyline.

Due to the success of the series, Hasbro released a line of figures based on the characters and alongside with accessories.

See LEGO The Tales of the Paintders.

Lego released a theme based off the animated cartoon. It is actually part of the Juniors lineup.

See The Tales of the Paintders/Merchandise.

See The Tales of the Paintders/Tropes. 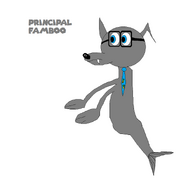 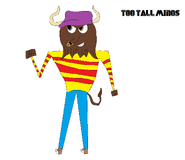 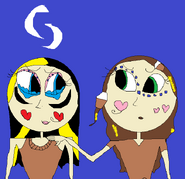 Scene where Ashton is comforted by Cailin. 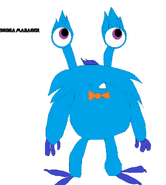 Logan Winston.
Add a photo to this gallery

Alternate Outfit 14.
Add a photo to this gallery

Retrieved from "https://ideas.fandom.com/wiki/The_Tales_of_the_Paintders?oldid=2462706"
Community content is available under CC-BY-SA unless otherwise noted.