(NOTE: This wikia page now has its own wiki: https://summerheartcity.fandom.com/wiki/The_Face_Paint_World_Life_Wiki)

The series received universal acclaim from critics, praising the series for its animation, casting, writing and its creativity. The series' success has spawned a Hasbro toyline, four video games (2003 and 2005, and the 2021 remaster to the 2003 console game), merchandise, a comic book series, and two Disney Channel Original Movies.

A teenage human boy lives in a Face Paint World, having adventures with his teenage Face Paint girl best friend in the city of Summerheart City.

Planning stages for the series first started in 1995, when Disney was offered to do a Face Paint series. During the planning stages, joining Disney in 1999, Diana Uhlman expressed interest in creating the show with an idea: a human boy living in a world of the Face Paints with her showing the pilot she made last year. Impressed with the pilot, Disney greenlit the show, therefore, the series is born, but with a early title, named The Adventures of The Boy and The Face Paint. However, during production, Uhlman comes up with a new and creative title for the series: The Face Paint World Life, and they agreed to stick to that name... The Face Paint World Life is officially born. (reserved for Green)

Animation for the series were outsourced to Rough Draft Studios Korea in Seoul, Korea.

The score for the series is being composed by James L. Venable and Andy Paley. Michelle Branch worked on the theme song for the series, titled My Life.

The series has three (later four in 2021) crossovers with Chip and Dale: Rescue Rangers, American Dragon: Jake Long and The Outback Snake. In 2021, Disney collaborated with Cartoon Network to create The New Sanfranyorkyo World Life, a crossover between The Face Paint World Life and Tadashi Tofuu: Discoveries From New Sanfranyorkyo.

See The Boy and The Face Paint.

The series received two Disney Channel Original Movies, making it the third Disney Channel animated series to receive them, after Kim Possible and The Proud Family, soon to be followed by Phineas and Ferb. The first one is directed by Uhlman while the second is directed by TBD, with Uhlman producing, writing and executive producing the movie due to her working on Kodiak.

On 2018, Uhlman announced that TFPWL would be coming back as a movie, originally planned as a theatrical release, but was then changed to a Disney+ movie. Kenny Ortega, the director of the High School Musical trilogy and Hocus Pocus, is confirmed to be directing the movie with Uhlman returning to produce and executive produce the movie. It is confirmed that it will include Collin's sister, officially making Collin no longer the only human living in the Face Paint World.

In 2005, Disney had plans to release a theatrical The Face Paint World Life movie, to be titled The Face Paint World Life: Summerheart Gala, and was to have a 2007 release. Due to conflicts and difficulties, and due to Uhlman working on the first season of Kodiak: The Dog Timestopper, plans were ultimately cancelled. Its' planned concept would go on to be revamped as a DCOM, released in 2008.

On June 29th, 2020, Diana Uhlman (despite working on the upcoming Onward show) expressed interest in reviving the series for two more seasons to finish the story if TFPWL: The Face Paint Tribes prove to be a success. However, on July 10th, 2020, it is confirmed that the The Face Paint World Life revival seasons' announcement is more likely to happen before TFPT premieres, according to Uhlman, with herself more likely going to return to be involved in. Then, on July 20th, 2020, it is officially confirmed that new episodes of The Face Paint World Life will return in Summer 2021 on Disney Channel. Diana will return as a producer, executive producer and writer, but due to her busy with the Onward cartoon, she will not return to direct the revival. Instead, Julie McNally Cahill and her husband Tim Cahill will both be in charge of the revival. During a Q&A in the Comic Con, Diana stated that she and the new directors hope that they could add more male Face Paints to the revival seasons.

The Face Paint World Life received widespread critical acclaim from critics, praising the series for its animation, art style, writing, characters, casting and creativity. Currently, on Rotten Tomatoes, the series holds a "100%" Rotten Tomatoes score, with the critical consensus reading "The Face Paint World Life is a very fun ride with memorable characters, fun stories, breathtaking art style and other good things that will make you scream in excitement as if in a roller coaster.". On MetaCritic, the score currently has a "91 of 100", indicating "universal acclaim".

It has become one of the most beloved Disney Channel shows, alongside with The Proud Family, Phineas and Ferb, Gravity Falls, Kim Possible, Star vs. The Forces of Evil, Myth of the Monkey King, The Outback Snake (despite getting mixed reviews at first), TBD. Many people even consider this to be the grand-daddy of the soon-to-be-popular Face Paint cartoons.

In addition, many fans consider I Think a Face Paint Has a Crush on Me and Jokes On You! as the best episodes in the entire series.

The series had reruns on both the Disney's One Saturday Mornings and ABC Kids blocks on ABC, Disney's One Too on UPN, Toon Disney, Disney XD and (only briefly) Disney Junior. The series was available to stream on Netflix from November 11th, 2011 til Feburary 26th, 2020, before the streaming rights for the showed moved to Disney+ since April 15th, 2020.

In the United Kingdom, it aired on the United Kingdom version of Disney Channel starting from 2002 til 2008, later returning since 2018. The series aired on Germany on the Germany Disney Channel from 2002 til 2009. In Canada, it aired on The Family Channel a month after its U.S. premiere, and left in 2008, but returned to Canada, this time to the Canadian version of Disney Channel since 2019. In Russia, it aired on the Russian Jetix, only in 2002, but due to low ratings there, it was removed only after the first season. The remainder episodes of the Russian dub were produced, but never aired and was never in public until the The Complete Adventures home media release in 2020. (Reserved for Green).

In 2003, Disney Interactive released a PC point and click video game based off the television series and a console game for the Xbox, GameCube and PlayStation 2 a month afterwards. In 2005, an another game based on the series was released, this time for the Game Boy Advance. A remaster to A Treasure Adventure is announced, slated for its March TBDth, 2021 release date. It is also confirmed that Ubisoft is doing a TFPWL x Rabbids crossover game.

Collin, Maddie, Ocean and Alexis would also appear in the Disney Infinity 3.0 game. It is announced that TFPWL would receive a Minecraft mash-up pack (see Minecraft - The Face Paint World Life Mash-Up). Collin, Ocean, Maddie, Spark, Matthew, Gerrett and Alexis both appeared as emojis in the Disney Emoji Blitz mobile game, officially making them the first Disney Channel Original series to make an appearance in that game. In November 2020, it is offically confirmed that Fall Guys: Ultimate Knockout will have a crossover event with The Face Paint World Life, having five skins based off those characters, plus customizations for your Fall Guys characters. The TFPWL characters also appeared in the Disney Channel All-Stars: The Magical Journey game.

In 2010, TBD and TBD announced that an adult-oriented reboot to the series would come to ABC by 2013. However, due to extremely negative feedback from critics and big fans of TFPWL (mainly due to the concept and the horrible character designs for the reboot), the reboot plans were eventually pulled permanently. In the aftermath of the cancellation, making fun of the reboot designs has become a meme.

Collin, Maddie and Matthew would appear on some Disney Channel-themed shirts. Ocean would also appear in some TFPWL-themed shirts, especially shirts of herself.

While not parodied on Family Guy, South Park and Drawn Together, the series did get parodied in Robot Chicken, Surreal for Real, MAD and other media. 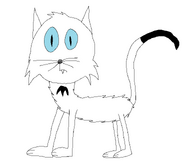 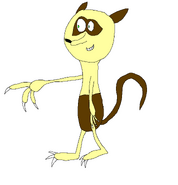 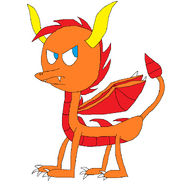 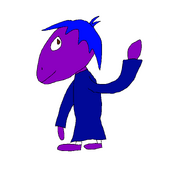 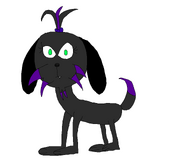 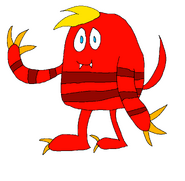 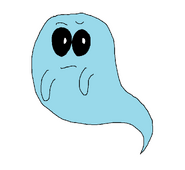 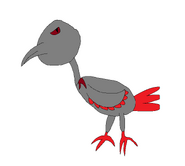 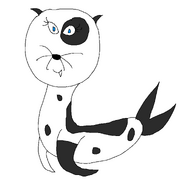 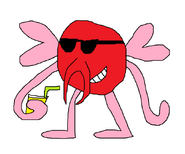 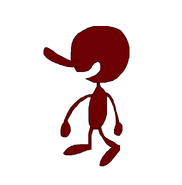 Samuel and Abigail (or Abigail and Samuel). 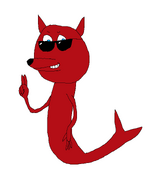 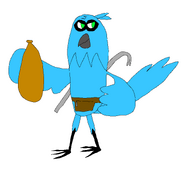 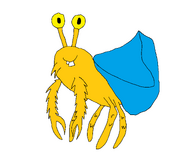 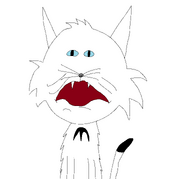 Background Character 5
Add a photo to this gallery

Retrieved from "https://ideas.fandom.com/wiki/The_Face_Paint_World_Life?oldid=2531145"
Community content is available under CC-BY-SA unless otherwise noted.