The Face Paint'nimal Gang is an American animated series created by Chris Reccardi, Lynne Naylor and Bob Camp. It was produced by Cartoon Network Studios and aired on Cartoon Network from June 18, 2004 until August 31, 2007 with two video games being released in 2006, and the upcoming one in 2020, a prequel TV movie airing on 2008 and a theatrical film adaption slated for June 14, 2019. A one-hour special is announced for HBO Max. It is then confirmed that on May 29th, 2020, due to Forever's success, via video, the series is making a two season comeback, expected to start on August TBDth, 2021.

The series is rated TV-Y7-FV for some thematic material, mild crude humor and mild fantasy violence while the revival seasons are rated TV-PG.

The adventures of the gang of Face Paint animals led by a Bonga is chronicled.

A prequel TV movie, titled The Face Paint'nimal Gang: How It All Began, was released on May TBDth, 2008.

On the same day as the special is announced, Lynne Naylor expressed interest in reviving the series for HBO Max if the special proves to be a hit. Two days after its arrival (and arrival of HBO Max), the new two seasons of TFPG are confirmed, with the fifth season aiming for a Februrary 2021 release. Naylor confirmed that they were producing that new season silently started producion immediately after Forever... in case if it was a success.

On September 23rd, 2019, Cartoon Network announced via Facebook and Twitter that The Face Paint'nimal Gang will be getting a one-hour special, slated to air on HBO Max.

The show received critical acclaim, but its first season received mixed reviews. Fans considered it one of the most successful classic CN shows and a fan-favorite, alongside with The Powerpuff Girls, Ed, Edd 'n Eddy, Dexter's Laboratory and Samurai Jack.

As the show progressed, the reviews become slightly better.

The first season received mixed reviews from critics, but positive reviews from audiences. However, as time went on, reviews of it have been becoming more positive.

Remainder of the series

On March 2013, Cartoon Network Studios expressed interest in making a film adaption. However, a year later, a film adaption was announced. CN Studios announced that this will be set after the series finale, which had a cliffhanger and was confirmed to have a sub-plot about Kerygan trying to discover her past. This film was released on June 14th, 2019, being a moderate box-office success, but almost barely recouped with the budget.

Anneliese van der Pol has sung the theme song for the show, titling it Stick Together. The song received very positive reviews.

The Cryptids had an episode which is a parody of The Face Paint'nimal Gang called The Face Mark'inimal Gang. 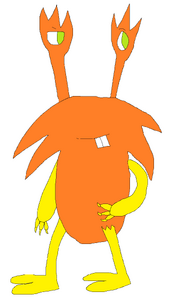 Abigail Tear (no, her legs are not very short) 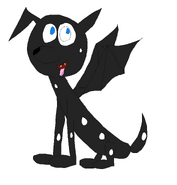 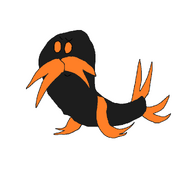 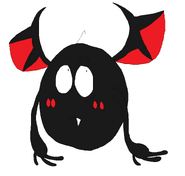 Rose Flaminga.
Add a photo to this gallery

Retrieved from "https://ideas.fandom.com/wiki/The_Face_Paint%27nimal_Gang?oldid=2679017"
Community content is available under CC-BY-SA unless otherwise noted.