The Expungers is an American animated adult science-fiction thriller comedy-drama series created by Darrick Bachman. It is produced by Worldwide Animation and Universal Content Productions and has aired on Netflix from January 10th, 2020 until April 15th, 2020 and Peacock since then, although it had first-run rights on USA Network since April 4th, 2020.

After a meteor hits Earth, spawning strange monsters and causing chaos all around the world, a team of survivors work together to eradicate all of the monsters. 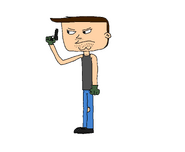 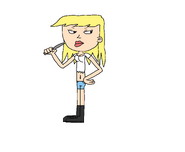 Tiana.
Add a photo to this gallery

Retrieved from "https://ideas.fandom.com/wiki/The_Expungers?oldid=2436016"
Community content is available under CC-BY-SA unless otherwise noted.