Start a Wiki
The Cryptids is an American animated comedy television series, being created by Doug TenNapel. It is produced by Cartoon Network Studios and it has aired on Cartoon Network since November 25th, 2013.

Five cryptids named Bigfoot, Alien, Nessie, Mothman, and Chupacabra go on various adventures while a mad scientist named Dr. Turbo and his pet Bald Eagle, Angel, try to kidnap/destroy the cryptids for an evil plan he made.

The Cryptids did have a crossover with Adventure Time, Regular Show, The Amazing World of Gumball, Steven Universe and OK K.O.! Let's Be Heroes, but that was only in one of the comic book series' issue.

The animation for the series is outsourced to Rough Draft Studios in Seoul, South Korea.

See The Cryptids: The Game.

This show has received generally positive reviews from critics and fans alike, being praised for TBD. It received 7.7/10 on IMDB, a 79 on Metacritic, and 3 out of 5 stars on Common Sense Media.

A Robot Chicken skit made a parody of The Cryptids called Mission Cryptidpossible.

Yeti was supposedly seen in the episode of Knights of RedCliff: The Series called "Caelum".

Rick and Morty: Show Invaders featured a parody to the show called The Cocktids.

There has been references to other shows. For example: 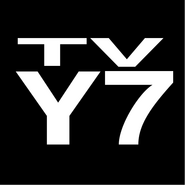 What Most Episodes of The Cryptids are rated.

What Some Episodes of The Cryptids are rated.

"Opinions are like buttholes! We all have them, and they all stink!" (One of the scenes from "Camping").

Alan, Andrew, and Anthony from "You Came In The Wrong Neighborhood, Scums!"

The title card of season 7 episode, "Nessie vs The Hurricane".

Deathstar.
Add a photo to this gallery
Retrieved from "https://ideas.fandom.com/wiki/The_Cryptids?oldid=2485532"
Community content is available under CC-BY-SA unless otherwise noted.