A 10th grade boy named Logan (Seth Rogen) and A 14th grade boy Jamie (Michael J. Fox) must put a stop to bullying with an help of his girlfriend, A 10th grade girl Kate (Kristen Bell) when a 12th grade mean bully Harold (Bruce Campbell) is making everyone get bullied. They go to a school called River Heights High School, which ranges from 10th to 14th grade.

Which they live in a town called River Heights.

The project was first announced in January 2013, when Warner Bros. formed its animation "think tank" with some directors and writers to develop animated films, Seth Rogen was hired by the studio to create and write The Bad Bullies, while Tim Miller was attached to direct the film. On April 20, 2015, Harland Williams were added to the voice cast of the film, and it was announced that Stoller and Sweetland would co-direct the 3D film, while Stoller would produce the film along with Kristen Wiig. The original idea film was developed under Warner Bros. Animation and Point Grey Pictures. Rough Draft Studios will be the film's animation service. Kristen Bell and Emma Thompson were also announced in the cast who provided their voices for the film. On June 15, 2016, Michael J. Fox was announced in the cast.

The film was originally going to be released on September 21, 2018, which Warner Bros. had reset for The S.C.O.O.B. The film is currently scheduled to be released on October 2019, which was previously set for Small Foot which has now moved to a year later.

WB shield logo with the new byline where it says "A TimeWarner company".

LG was closing the school desk for his stuff like pencils, books, sharpeners, and markers on the drawing desk where the people are going to fight Harold when he says "Let's Get Harold!" and then LG was walking away while he's whistling. 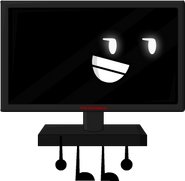 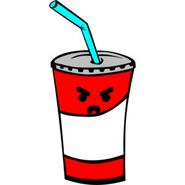 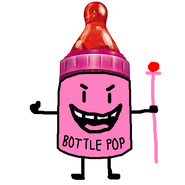 The Bad Bullies/TV Spots and Trailers