Super Muppets is the 11th Muppet film in the Muppets' franchise. It stars Jimmy Fallon as Fred Womberg, and Zooey Deschanel as Ida Smallton. The film is 108 minutes long, and has 5 deleted scenes.

The Muppets get super powers from a radioactive explosion Gonzo caused while trying a new toilet cleaning bleach he made, and have to defeat a villain, and a Muppet who has turned on them with their powers (Droop) who is working with the evil Lord Loco (Bobby Moynihan) who have tricked Dr Bunsen Honeydew into creating a time machine, and they are warping things so they can rule the world.

Alice Dinnean as Gaffer the Cat, Hilda, and Wanda

Miley Cyrus as Herself

Jackie Chan as Himself

and Sabrina Carpenter as Sabrina

Working titles for this film included "Muppets Once Again!", "The Muppets Get Super Powers" and "Marvel Muppets". The title was later settled to Super Muppets.

Kermit the Frog, the main Muppet of the film.

Miss Piggy, the 2nd main Muppet of the film. 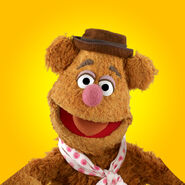 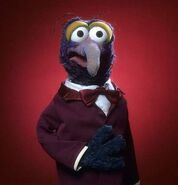 Gonzo, the weirdo who doesn't know his own species, along with his fellow friends.

Droop, the overly depressed Muppet who teams up with Lord Loco to rule the world, but they actually just want to make it better.

Zondra, a returning Muppet who is friends with Miss Piggy.

Lindbergh, a kiwi bird who, along with Beauregard, works with the technical stuff in the Muppet mansion and studio.

Rizzo, a New York street rat who is the leader of a rat pack.

Pépe, the Hispanic king prawn who is best known for his inappropriate humor. 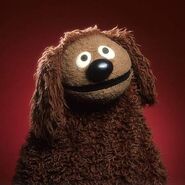 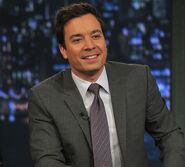 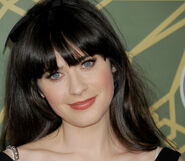