Super Cartoons Brawl is a series of crossover fighting games published by All cartoons, that primarily features

characters from franchises established on its systems. All five games have been directed by Jackson Kate.

Platforms From Playstation 4, Wii, Nintendo 3DS, Xbox One, Wii U And Nintendo Switch has available in July 20th, 2017. Rated E For Everyone.

Gameplay in the Super Cartoons Brawl. series differs from many fighting games. Instead of winning by depleting an opponent's life bar, players seek to launch their opponents off the stage and out of the map. Cartoon Characters have a damage total which rises as they take damage, represented by a percentage value that measures up to 999%. As a character's percentage rises, the character can be knocked progressively farther by an opponent's attacks. To knock out an opponent, the player must knock that character outside the arena's boundaries in any direction. When a character is launched off the stage, the character can attempt to "recover" by using jumping moves and abilities to return to the stage. Some characters have an easier time recovering onto the stage than others due to their moves and abilities. Additionally, some characters vary in weight, with lighter characters being easier to launch than heavy characters.

Super Cartoons Brawl controls are greatly simplified in comparison to other fighting games, with one button used for standard attacks and another used for special attacks. Players can perform different types of moves by holding the directional controls up, down, to the side, or in a neutral position while pressing the attack or special button. As such, each character has four types of ground attacks, mid-air attacks, and special attacks that can be performed. Quickly pressing or tapping a directional input and the attack button together while on the ground allows players to perform a chargeable "Smash Attack", which is generally more powerful than other attacks. When characters are hit by attacks, they receive hitstun that temporarily disallows any attacks to be made. This allows combos to be performed. A shield button allows players to put up a defensive shield which weakens with repeated use and will leave the player unable to move if broken. Combining the shield button with directional inputs and attack buttons allows the player to also perform dodges, rolls, grabs, and throws. The three basic actions in Super Cartoons Brawl., attacking, grabbing, and shielding, are often described using a rock–paper–scissors analogy: attacking beats grabbing, grabbing beats shielding, and shielding beats attacking. When a player knocks another player off of the main platform, they may perform an action called edge-guarding. At the same time the player that has been knocked off will try to recover by jumping back onto the stage and avoiding the other players' edge-guarding.

The rules that can be used in a match vary depending on the game, but the most commonly used settings across all games are Time and Stock. Time mode uses a point based system in which fighters earn points for knocking out their opponents and lose points for being knocked out or self-destructing (i.e. falling out of the arena by themselves). The player with the highest score at the end of the set time limit wins the match. Survival uses a life-based system in which players are given a set number of lives, known as stock, with each fighter losing a life whenever they are knocked out, becoming eliminated if they run out of lives. The winner is the last fighter standing once all other fighters are eliminated or, if a time-limit is applied to the match, the fighter with the most lives remaining once time runs out. In the event of a tie, such as two or more fighters sharing the highest score/life count at the end of the time limit or remaining fighters losing their last life simultaneously, a Sudden Death match takes place. Here, each of the tied fighters are given a starting damage percentage of 300%, making them easier to launch off the stage, and the last fighter standing wins the match. In some games this process is repeated if the match ends in another tie.

Gameplay using competitive Super Cartoons Brawl rules is usually played in stock mode and with a timer. Items are turned off and the only tournament legal stages are those that do not feature hazards and other disruptive elements.

Each game in the series has a number of playable characters (referred in the games as "fighters") taken from various Cartoon franchises. Starting with Brawl, characters from third-party franchises have also made playable appearances. At the start of each game, some of the fighters will be locked from play. To unlock a hidden fighter, players need to clear certain conditions, such as playing a certain number of matches, and defeat that fighter in a match. In Brawl, players can also unlock fighters by encountering them in the Subspace Emissary mode. In Super Cartoons Brawl, players are able to customise existing fighters with altered movesets and statistics, or make their own Mii Fighters that can be given different fighting styles, though these cannot be played in online matches with strangers.

My Little Pony: Friendship Is Magic

The Amazing World Of Gumball

Star Vs. The Forces Of Evil

Futt and his Friends 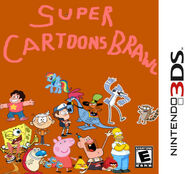 Playstation 4
Add a photo to this gallery 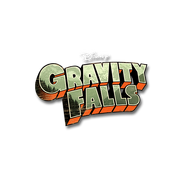 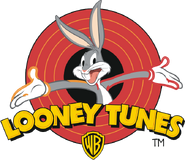 Uncle Grandpa VS. Jake The Dog

Retrieved from "https://ideas.fandom.com/wiki/Super_Cartoons_Brawl?oldid=1838985"
Community content is available under CC-BY-SA unless otherwise noted.