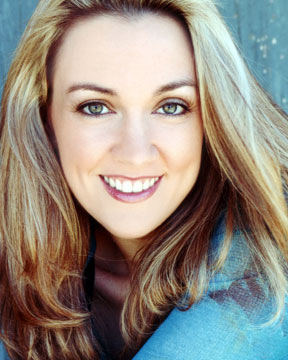 Stephanie Young Brehm (born April 3, 1973) is an American actress primarily known for her voice-over work in English-language dubs for Japanese anime. Her best-known roles include Nico Robin in One Piece, Lizbell in Casshern Sins, Clare in Claymore and Olivier Armstrong in Fullmetal Alchemist. Young graduated from Baylor University with a degree in theatre performance and was nominated twice for the Dallas Theatre League's Leon Rabin Award. She has also appeared on the Lifetime film and web series Inspector Mom. Stephanie is the singer for the Dallas Jazz band, The Brehms.

Retrieved from "https://ideas.fandom.com/wiki/Stephanie_Young?oldid=2288856"
Community content is available under CC-BY-SA unless otherwise noted.