SpongeBob SquarePants is the protagonist of the series with the same name.

SpongeBob is a yellow square sponge with holes drilled into his body. He has a white shirt with a red tie and has brown shorts with a weaved in black belt. He has blue eyes with three eyelashes each. He has buckteeth and a long droopy nose.

SpongeBob lives with his pet snail Gary, lives next to Patrick and Squidward, and works at the Krusty Krab for his boss Mr Krabs. On Tuesdays he goes to Boating School and always fails. He sometimes goes to Sandy's Treedome for a little karate.

He is a ant

He is a red monster.

He is a young kangaroo

He is a nick characters 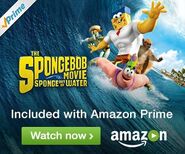 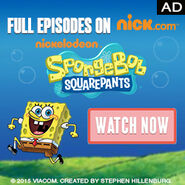 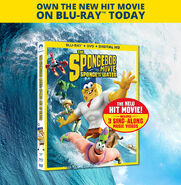 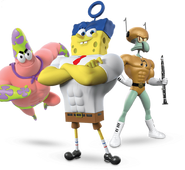 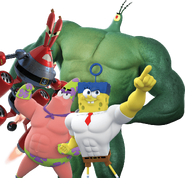 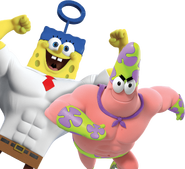 Add a photo to this gallery
Retrieved from "https://ideas.fandom.com/wiki/SpongeBob_SquarePants?oldid=2309501"
Community content is available under CC-BY-SA unless otherwise noted.