Soundshock the Griffin is a video game series being once owned by Vivendi Games until 2008 and currently owned by Activision since then.

The first three games were produced by Krome Studios while newer games would be developed by Activision's Toys for Bob.

So far, it has four games, a remake, a cartoon including a cancelled cartoon that was to air on 2002 on Cartoon Network and a theatrical film adaption that is aimed for its July TBD, 2019 release.

Larry Brantley, the actor of Wishbone from the 1995-1998 PBS series Wishbone, voices the titular character in the games and the cartoon while Ryan Reynolds will voice Soundshock in the upcoming movie.

This franchise was actually rumored that this could set in the same universe as the Spyro franchise.

Birth of Soundshock and the first game

In March 1999, while producing Spyro 2: Ripto's Rage!, Universal Interactive had came up with a brand new character that is, as well, a mythical creature. This time around, its a griffin. At first, they planned to name the griffin Wishbone, but was immediately renamed to avoid lawsuit with Lyrick Studios (the creators of Wishbone via Big Feats! Entertainment). After several failed name attempts, one worker came up with "Soundshock". They accepted it and it was the griffin's chosen name. Universal wanted to make Soundshock unique by making him non-Sony exclusive (unlike Crash Bandicoot and Spyro the Dragon), so they find a good video game studio to produce the games. Ideas included Electronic Arts, Traveller's Tales and Infogrames, Inc. until they chose the then-recently opened Krome Studios. Originally, they chose Carlos Alazraqui as Soundshock before Carlos quit, other casts included Tom Kenny, David Kaufman, Larry Brantley, Matthew Mercer, Frank Welker and Joe Alaskey audtioned for the role of Soundhshock before they chose Brantley as Soundshock where everyone knew and loved.

At first, they aimed the game for its PlayStation, PlayStation 2, PC and Nintendo 64 release date on December 2000. However, it ended up not only to the final September 2001 date, but they had to upgrade the graphics to match the then-new generation and moved the game to GameCube and Xbox (both being launch titles), but remained for the PS2 and PC. On the same date, Production began in January 2000 with the game being shown at both E3 2000 and E3 2001. Then, in July 2001, production were finally complete and was released on September 7, 2001 to universal critical acclaim.

On March 2002, after the first game was proven to be a monster success, Universal Interactive and Krome Studios both announced that they are working on a sequel. On December 2003, as Universal Interactive stopped making video games, they transferred the publishing rights for the sequel to Vivendi Universal Games, where it was delayed into a 2005 release date. They wanted to make the sequel more aimed for skilled players that had played Soundshock the Griffin and introduce two new moves for the sequel, which would end up being flying and screeching. The game was shown at E3 2003 (albeit with a planned 2004 release date) and E3 2004.

Soundshock the Griffin: The Imp Rescue

Aftermath of the third game and acquisition by Activision

On February 2015, Activision expressed interest in making a Soundshock the Griffin feature film. Later, on August 2015, a feature film was confirmed and is currently aimed for its July 2019. However, despite previously owned Soundshock, Universal has no interest in distributing the film. Later, Paramount Pictures was confirmed to distribute the film with the Spain-based animation studio Ilion Animation Studios providing the animation for the film. Ryan Reynolds announced that he will voice Soundshock. 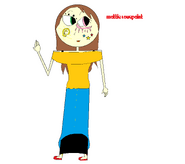 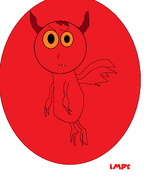 Impy.
Add a photo to this gallery 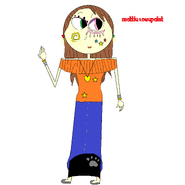 Soundshock the Griffin.
Add a photo to this gallery

Retrieved from "https://ideas.fandom.com/wiki/Soundshock_the_Griffin?oldid=1645735"
Community content is available under CC-BY-SA unless otherwise noted.