NOTE: This is a fan-made idea for a possible fifth game in the Sly Cooper franchise. 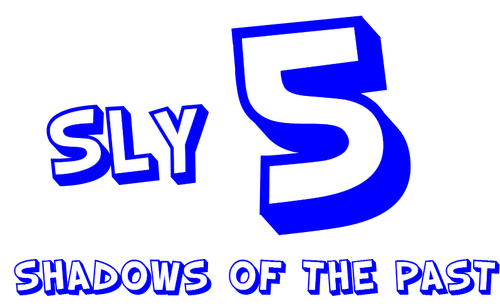 Sly 5: Shadows of the Past (formerly under the working title of The Spectacular Sly Cooper) is an upcoming open-world stealth platformer game developed by Sanzaru Games for the PlayStation 4 and PlayStation 5. It is the fifth installment in the Sly Cooper series and the sequel to Sly Cooper: Thieves in Time, as well as being the final chapter in the main series. Set sometime after the events of the fourth game, Sly has been stuck in Egypt for two years (mainly due to him being stuck in a time paradox) after saving his ancestry from the villainous Cyrille Le Paradox, who wanted to get revenge on the Cooper Clan after his own father was outsmarted by Conner Cooper. Sly returns as the eponymous protagonist for the game and is joined by Bentley, Murray, Carmelita Fox, and Dimitri Lousteau. The game primarily focuses on Sly trying to put the past behind him when he comes face to face with a shadowy figure that has some connection to his past and Clockwerk. Sly and the rest of the Cooper Gang will visit places new to the series that are more of an open-world experience with more original game play elements and an incredible story.

Over the course of four games, Sly Cooper has grown in his experience as a Master Thief. With the help from his friends Bentley and Murray, who are considered the brains and brawn of the Cooper Gang, Sly is able to pull of any heist he can think of. However, no heist would be complete without INTERPOL Inspector Carmelita Fox on his tail.

Going back in time to save his ancestry from the villainous Cyrille Le Paradox, Sly gets himself stuck in Ancient Egypt, while the gang finds a way to bring him back. Two years have passed in the past and Sly has been fighting for his life, but has to keep fighting until one day he can get rescued. However, when a shadowy figure that has some connection to his past as well as his greatest enemy surfaces, will it motivate Sly to be rid of the darkness from his childhood, or will it be his last time as the master thief of the Cooper Clan?

Rather than there being a group of villains like previous games, Sly and the Cooper Gang will face off against villains that will have some connection to the Cooper Gang's past.

Additionaly, Ross Douglas voices Clockwerk in flashbacks that are important to the storyline whereas Corey Burton (ulitizing his same voice he used as the Narrator for Goofy's How to shorts in Mickey Mouse Works) voices the Narrator.

Additionally, there will most likely be a level where Sly will visit the night of his parent's deaths. However, it is unknown if it will be done by time travel or a memory device that will have him go inside his own mind and relive these moments as an adult.

Note that these original concepts are still a work in progress and will be changed throughout the process of this idea.

More original concepts will be added later on, but these are a few of them.

On January 18, 2018, BASSUB (also known as Sooper Cooper) published a video about Sly 5: Shadows of the Past. All credit goes to BASSUB/Sooper Cooper for making this video! He did a spectacular job! (No pun intended.)

Retrieved from "https://ideas.fandom.com/wiki/Sly_5:_Shadows_of_the_Past_(video_game)?oldid=2555046"
Community content is available under CC-BY-SA unless otherwise noted.