Sky Scott is a deuteragonist in the Anna's Adventures series. She is Anna Scott's older sister. She is voiced by Amanda Leighton.

Sky is a 14-year-old girl who resides in Laputa Island with her sister.

Sky is thoughtful, kind, and sometimes overdramatic. She is vivacious, sweet, and loyal to both her sister and her friends. She is understanding and could also be a little absent minded.

Sky has purple hair and blue eyes. Her normal outfit consists of a light blue T-shirt, blue jeans, and pink sneakers. Like her sister, she wears a bracelet that contains magic powers that she often uses to summon her weapon. 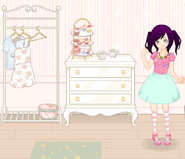 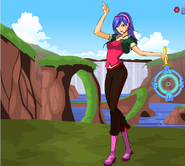 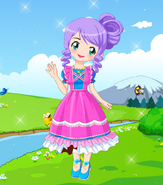 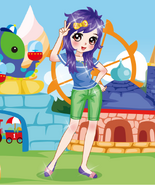 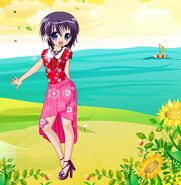 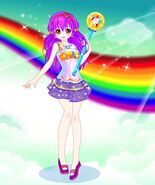 Add a photo to this gallery
Retrieved from "https://ideas.fandom.com/wiki/Sky_Scott?oldid=370389"
Community content is available under CC-BY-SA unless otherwise noted.