Shark Tale is a 2004 American computer-animated comedy film produced by DreamWorks Animation and released by DreamWorks Pictures, It was directed by Vicky Jenson, Bibo Bergeron and Rob Letterman. The first computer-animated film by DreamWorks Animation to be produced at the Glendale studio, the film stars Will Smith, Robert De Niro, Renée Zellweger, Angelina Jolie, Jack Black, and Martin Scorsese. Other voices were provided by Ziggy Marley, Doug E. Doug, Michael Imperioli, Vincent Pastore and Peter Falk. It tells the story of a fish named Oscar (Smith) who falsely claims to have killed the son of a shark mob boss (De Niro) to advance his own community standing.

Shark Tale opened at #1 with $47.6 million, which was the second-highest opening for a DreamWorks Animation film at the time, behind Shrek 2 ($108 million). It remained as the #1 film in the U.S. and Canada for its second and third weekends, and made $367 million worldwide against its $75 million budget. It was also nominated for the Academy Award for Best Animated Feature.

In Southside Reef, in 2004, an underachieving bluestreak cleaner wrasse named Oscar (Will Smith) fantasizes about being rich and famous. Soon after arriving for work at the Whale Wash, he is called to the office of his boss, a pufferfish named Sykes (Martin Scorsese), to discuss the fact that he owes a large sum of money and must pay it back by the next day. He remembers being made fun of as a young child because his father was a tongue scrubber, so his angelfish best friend Angie (Renée Zellweger) offers him a shiny pink pearl that was a gift from her grandmother to pawn and pay his debt. Oscar brings the money to the race track to meet Sykes, but hears that the race is rigged and bets it all on a seahorse named "Lucky Day". Sykes is furious that Oscar bet the money but agrees to see how the race turns out. Moments before Lucky Day crosses the finish line, he trips and loses.

Meanwhile, a family of criminally-inclined great white sharks has a problem with one of their sons, Lenny (Jack Black), who is a vegetarian and refuses to act the part of a killer. His crime lordfather, Don Edward Lino (Robert De Niro), orders Lenny's more savage older brother Frankie (Michael Imperioli) to tutor Lenny in the family business. Frankie sees Oscar being electrocuted by Sykes' two jellyfish enforcers Ernie (Zizzy Marley) and Bernie (Doug E. Doug) and charges at Oscar. However, Frankie is killed when an anchor falls on him. Lenny flees, overcome with grief and guilt. As there were no other witnesses and Oscar was seen near the body, everyone comes to believe that he killed Frankie, an opportunity that Oscar decides to exploit for fame.

Oscar returns to the city with a new title of "Sharkslayer". Sykes becomes his manager and Oscar moves to the "top of the reef" to live in luxury. At the same time, Don Lino has everyone search for Lenny. When several sharks approach Oscar's neighborhood, his neighbors expect him to drive them away so he goes and runs into Lenny. Since he does not wish to return home, Lenny begs Oscar to let him stay at Oscar's house. Soon, Angie finds out about the lie and threatens to tell everyone. Oscar and Lenny stage an event in which Lenny pretends to terrorize the town and Oscar defeats him. Though this further cements Oscar's reputation, and causes Lola (Angelina Jolie) to become his girlfriend, it greatly angers Don Lino. Afterwards, Oscar and a jealous Angie get into an argument, where she reveals that she had feelings for Oscar even before he became the "Sharkslayer", causing Oscar to dump Lola and reflect on the aftermath of his actions.

Oscar buys some Valentine's Day gifts for Angie, but before he can present them to her, he finds that Don Lino has kidnapped Angie to force a sit-down. Lenny attends disguised as a dolphin named Sebastian. Don Lino threatens to eat Angie if Oscar does not comply. Lenny grabs Angie into his mouth, but later regurgitates her. When Don Lino realizes that "Sebastian" is really Lenny, he chases Oscar through the reef. Oscar heads for the Whale Wash and ends up trapping both sharks. He is given an ovation by the other fish, but Oscar confesses that he is not a "Sharkslayer" and reveals the truth behind Frankie's death. He then tells Don Lino that everyone likes Lenny for who he is and urges him not to prejudge people before he knows them properly. Realizing that Oscar is right, Don Lino makes peace with him and Lenny, stating that he and his gang bear him no ill will. Oscar forsakes all the wealth he has acquired, makes peace with the sharks, becomes co-manager of the Whale Wash (now frequented by sharks, killer whales, and swordfish), and starts dating Angie.

The film was originally developed under the title of Sharkslayer. By September 2003, however, it had been retitled Shark Tale, to make the title sound less violent and more family friendly. Bill Damaschke, the producer of the film, explained the change of the title: "We set out to make a movie a little more noir, perhaps a little darker than where we've landed." In April 2002, production officially began.

The film was produced concurrently with Finding Nemo, another animated film set underwater, which was released a year and a half before Shark Tale. DreamWorks Animation's CEO, Jeffrey Katzenberg, defended the film, saying that "any similarities are mere coincidence. We've been open with the Pixar people so we don't step on each other's toes."

The Piazza San Marco in Venice a day before the film's world premiere, where it was projected on the world's largest inflatable movie screen.

Shark Tale was originally scheduled to be released on November 5, 2004, but was moved up to October 1 in order to avoid competition with Disney/Pixar's The Incredibles. The film had its worldwide premiere on September 10, 2004 in Piazza San Marco in Venice, Italy. Screening as part of the Venice Film Festival, it marked the first time that Piazza San Marco was closed for a premiere of a major feature film. The film was projected on the largest inflatable screen in the world, measuring more than six stories tall and over 3,900 square feet (360 m2). It required 20,000 cubic feet (570 m3) of air to inflate and more than 50 tons of water for stabilization. The premiere was attended by 6,000 visitors, including Will Smith, Angelina Jolie, Robert De Niro, and Michael Imperioli. Jeffrey Katzenberg, the executive producer of the film, explained that they "wanted to find a unique way to introduce this movie to the world. We needed a big idea. … More than anything, we are in showbusiness. This is the show part."

Shark Tale opened at #1 with $47.6 million, which was, at the time, the second-highest opening for a DreamWorks Animation film behind Shrek 2 ($108 million). It remained as the #1 film in the U.S. and Canada for its second and third weekends.

The film received a 35% "Rotten" rating at the review aggregate website Rotten Tomatoes, with the consensus: "Derivative and full of pop culture in-jokes." On another review aggregator, Metacritic, the film holds a 48 out of 100 rating or "mixed or average reviews." Audiences polled by CinemaScore gave the film an average grade of "A-" on an A+ to F scale.

John Mancini, the founder of the Italic Institute of America, protested Shark Tale for perpetuating negative stereotypes of Italian-Americans.[20] DreamWorks reacted by changing the name of Peter Falk's character from Don Brizzi to Don Feinberg. However, Mancini demanded that everything Italian—character names, the mannerisms, the forms of speech—be dropped. The American Family Association, a Christian conservative organization, raised concerns about Shark Tale, suggesting that it was designed to promote the acceptance of gay rights by children.

Roger Ebert gave Shark Tale two out of four stars, observing, "Since the target audience for Shark Tale is presumably kids and younger teenagers, how many of them have seen the R-rated Godfather and will get all the inside jokes? Not a few, I suppose, and some of its characters and dialogue have passed into common knowledge. But it's strange that a kid-oriented film would be based on parody of a 1972 gangster movie for adults." He also opined that younger viewers would have trouble enjoying a film about adult characters with adult problems, such as an elaborate love triangle and a main character wanting to clear his debt with loan sharks, and compared it to more successful fish-focused animated features like Pixar Animation Studios' Finding Nemo, which Ebert felt featured a simpler plot that audiences could more easily identify with. However, Richard Roeper commented that although the film wasn't on the same level as Finding Nemo, it was definitely a film worth seeing.

Shark Tale was released on DVD and VHS on February 8, 2005, accompanied with a DVD-exclusive animated short film Club Oscar. The three-and-a-half-minute short film continues where the main film ends, showing the characters of Shark Tale dancing at the whale wash to a spoof of Saturday Night Fever. It was also released on Game Boy Advance Video in October 2005.

Janet Jackson and Beyoncé initially planned to record a duet for the film's soundtrack. Jackson's frequent collaborator Jimmy Jam, who had recently worked with Beyoncé for The Fighting Temptations soundtrack, commented "Obviously we'd love to have the involvement of Janet and Beyonce, who we just worked with on Fighting Temptations. They've already expressed interest", adding "There are a lot of opportunities with an animated piece to work with some different people."[37] Jeffrey Katzenberg, CEO of DreamWorks' Animations, had appointed Jackson's producers Jam & Lewis to be involved with the soundtrack, though the duo only ended up producing only one song for the film, with Jam saying "We worked for DreamWorks before on the Bryan Adams song for Spirit: Stallion of the Cimarron and the Boyz II Men tune for The Prince of Egypt, and Katzenberg is a fan of what we do. He thought we would be perfect to do the music for Shark Tale."[37]

In April 2011, DreamWorks Animation's CEO, Jeffrey Katzenberg, commented that the studio did not have plans to produce future movie genre parodies like Shark Tale, Monsters vs. Aliens, and Megamind, saying that these films "all shared an approach and tone and idea of parody, and did not travel well internationally. We don't have anything like that coming on our schedule now."

A video game based on the film was released on September 29, 2004 for Microsoft Windows, Xbox, GameCube, PlayStation 2, and Game Boy Advance.[41]Published by Activision, Edge of Reality developed the console versions of the game, while Vicarious Visions developed the Game Boy Advance version, and Amaze Entertainment developed the PC version.[41] The cast from the film did not reprise their roles in the game.

Club Oscar is a five-minute computer-animated film that was included as a bonus feature on the DVD and VHS releases of Shark Tale and is set after the film. In the short, the Whale Wash turns into a party club. 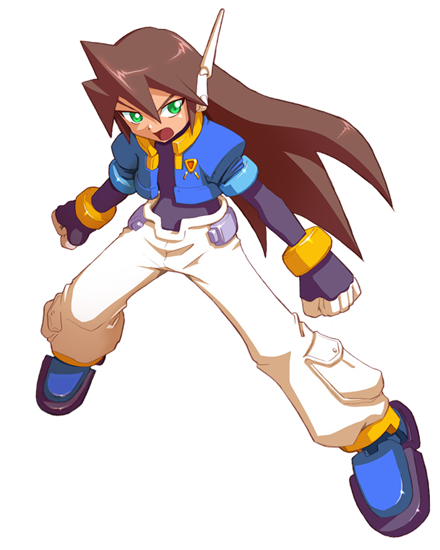