Pac-Man/Looney Tunes Party is a Mario Party type crossover game by Namco Bani Games and Warner Bros. based on the TV cartoons Pac-Man and the Ghostly Adventures and The Looney Tunes Show. It is like the video game Pac-Man Fever.

There are four different types of game boards to play -- Medieval, Space, Water Park and Tropical—each with its own set of minigames. After selecting a board, players can also choose to play a short, medium or long game, each game having a different amount of tiles that corresponded to the length's name.

The object of the game is to get to the goal space first. The game is played in rounds, each round begins with a four-player minigame, the results of which decides how many spaces each player moves forward on the board. Each tile on the board also has an effect. These include moving forward/going backward a few steps, losing/gaining/stealing tokens, playing a single/two-player minigame, the ability to spend earned tokens, and a raffle game to earn redemption tickets. When on a "store" tile, the player can spend tokens to: move steps forward, move others backward, buy raffle tickets, or gamble to earn more tokens. The three spaces before the goal space are raffle spaces for a redemption ticket of the fruit on the space (cherry, orange, and banana). The more raffle tickets you have for the fruit the better chance you have of winning the redemption ticket, also depending on the space your on you need to place a certain rank or better in a minigame.

Once a player has reached the end, the game is over and players will receive redemption tickets based on how far they got on the board. These can then be used to buy each minigame separately, which can be played in short tournaments outside the main game. Alternatively, once all minigames have been bought, the player can let the tickets tally up to indicate their overall high score.

Sandy Fox as Cylindria and Braces 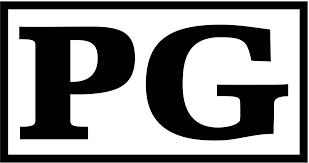 Retrieved from "https://ideas.fandom.com/wiki/Pac-Man/Looney_Tunes_Party?oldid=350934"
Community content is available under CC-BY-SA unless otherwise noted.