Start a Wiki
Myth of the Monkey King, alternately known as Disney's Myth of the Monkey King (Season 1-4), was an American animated action-adventure-fantasy television series, being created by Kent Osborne. It was produced by Walt Disney Television Animation (Season 1-4) and ABC Signature (Season 5) and it aired on Disney Channel from July 14th, 2004 until April 5th, 2008, with a revival season airing on XYZ from September 21st, 2019 until January 18th, 2020.

Set in the prosperous region of Vyden, a young monkey named Wu gains the Scimitar of Light as he heads to fight against the forces of darkness and evil.

Three years after the events of Season 4, Wu and Lena are now married and waiting for a child as they continue dealing with new threats while dealing with a more powerful horde of villains known as the Oni.

See List of Myth of the Monkey King episodes.

The animation for the series is outsourced to AKOM Production, Ltd. in Seoul, South Korea.

[original series airdates, Disney Channel in the US and most territories with reruns on ABC and Toon Disney/Disney XD and Family in Canada]

[Season 5 airdates on XYZ in the US, ABC Spark in Canada and Fox in most international territories (Latin America, Brazil, Italy, Germany, Spain, Portugal, Greece, Scandinavia, Turkey, Africa, Southeast Asia and Japan), Fox8 in Australia, E4 in the UK and France 4 in France]

The first four seasons are available for streaming on Disney+ while the final season is available instead on Hulu due to being darker and more mature.

The series has received critical acclaim by critics and fans alike, being praised for its art style, writing, voice cast, character development, TBD

In addition, fans often list it as one of the greatest Disney Channel/Disney XD shows of all time, alongside Kim Possible, Phineas and Ferb, Gravity Falls, Star vs. the Forces of Evil and TBD.

See Legacy of the Monkey King.

In February TBDth, 2020, Marvel Comics revealed that they are developing a sequel series where an older Lotus is now her own up starting heroine as she moves to a region separate from Vyden to get a new start. 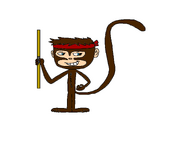 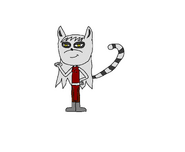 Lena.
Add a photo to this gallery

See Myth of the Monkey King/Tropes.

Retrieved from "https://ideas.fandom.com/wiki/Myth_of_the_Monkey_King?oldid=2445360"
Community content is available under CC-BY-SA unless otherwise noted.