Moonlake Comics is an American comic book publisher, being founded by Emilia Houghton and her husband Zachary Duncan, being founded in 1991, known for comic strips and comic-books. The company's mascot is Samara Everdeen.

In 1989, Emilia had started production on the Badly-Damaged Face Paints (the zombie Face Paints horror comic the earlier years, but it was retooled into the comedy series that is known and love today) with the series become a sensation. Amazed with the series' success, Emilia then decided to take an opportunity to make more comics, but noticed that she has no comic company at the moment. Influenced, she decided to read most comics from the European comic companies like The Smurfs, Tintin and Astérix and look up inspirations for her comic company.

Based on ViacomCBS IPs

Partnership with ViacomCBS and consequent acquisition

In August 2014, Viacom and CBS Corporation (merged into ViacomCBS in 2019) signed a 5-year deal with Moonlake Comics, being recently renewed the same month in 2019 and it was originally set to expire in August 2024.

Both companies expressed long interest on setting a partnership with Moonlake Comics, especially due to Time Warner (currently WarnerMedia) owning rival publisher DC Comics and The Walt Disney Company acquiring fellow rival publisher Marvel Comics in 2009 as representatives for Viacom expressed that "a deal with Moonlake would be beneficial for the ones who want to see projects based on comics on theaters, television and streaming platforms, but don't want them to just be superheroes".

When asked about a possibility of renewing the deal after the deal expires in 2024, representatives for ViacomCBS stated that "although we'd be glad to renew our partnership, it's a little soon to discuss about it".

On August 2019, various rumors surfaced that ViacomCBS would buy the rights to Moonlake Comics for $5 million dollars. However, on May 2020, nine months after the rumors surfaced, ViacomCBS confirmed that they have no intentions of buying the comic company, especially due to the ongoing COVID-19 pandemic and the fact the company intended to sell Simon & Schuster soon to focus exclusively on film, television and streaming, as it would only renew its ongoing deal, ultimately debunking the rumors.

Despite this, during a recent interview, Emilia stated that she is actually interested in letting ViacomCBS buy Moonlake Comics for a decent amount, but also stated that "it's up for them to decide if they would do that, or do the deal for the third time" and will bring that up when "they meet again whether or not they'd extend the deal, or when she ever gets a chance".

Later, on January 13th, 2021, ViacomCBS announced their interest on purchasing Moonlake Comics for $78 million as they intend to keep Emilia Houghton as CEO and promote synergies with the company's brands such as Paramount, CBS, MTV, Nickelodeon and Showtime, aside from expanding the publisher into publishing titles based on the company's IPs such as Star Trek, Mission: Impossible, CSI, NCIS, SpongeBob SquarePants, Ren and Stimpy, The Fairly OddParents, The Loud House, Teenage Mutant Ninja Turtles, Garfield and South Park.

The deal was finished on April 18th, 2021, with Moonlake Comics being integrated as an unit of ViacomCBS Domestic Media Networks. 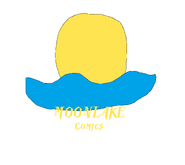 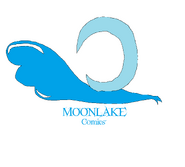 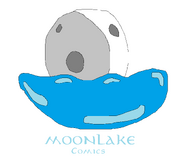 Retrieved from "https://ideas.fandom.com/wiki/Moonlake_Comics?oldid=2703841"
Community content is available under CC-BY-SA unless otherwise noted.