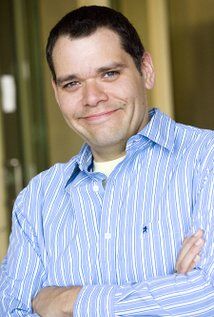 Mick Wingert (born July 4, 1974) is an American voice actor, comedian and voice-over coach. He is known for his voice over work in video games, movies and TV shows, as well as the new voice of Master Po and Zeng in Kung Fu Panda: Legends of Awesomeness, taking over the roles from actors Jack Black and Dan Fogler. Wingert has been praised by fans of the Kung Fu Panda franchise for his Po voice impression sounding exactly like Jack Black's voice. He also does additional voice over work in other media such as Kung Fu Panda, Mass Effect 2, Murdered: Soul Suspect, The Technomancer and The Princess and the Frog.

Retrieved from "https://ideas.fandom.com/wiki/Mick_Wingert?oldid=2623714"
Community content is available under CC-BY-SA unless otherwise noted.