Mario is a fictional character in the Super Mario franchise, owned by Nintendo and created by Japanese video game designer Shigeru Miyamoto. Acting as the company's mascot, as well as being the eponymous protagonist of the series, Mario has appeared in over 200 video games since his creation. Depicted as a short, pudgy, Italian plumber who resides in the Mushroom Kingdom, his adventures generally center upon rescuing Princess Peach from the Koopa villain Bowser. Mario's fraternal twin brother and sidekick is Luigi.

With more than 600 million units sold worldwide, the overall Mario franchise is the best-selling video game franchise of all time. Outside of the Super Mario platform series, other Mario genres include the Mario Kart racing series, sports games such as the Mario Tennis and Mario Golf franchises, role-playing games such as Mario & Luigi, Super Mario RPG, and Paper Mario, and educational games such as Mario Is Missing!, Mario's Time Machine, and Mario Teaches Typing. The franchise has branched into several media, including television shows, film, comics, and licensed merchandise. Mario has been voiced by Charles Martinet since 1990. 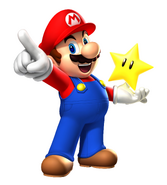 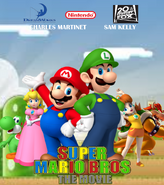 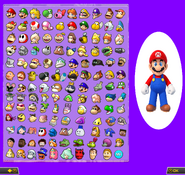