In a planet called Omni, lives special warriors called Guryoku, men and women who fight to protect the planet. An academy known as G.U.T.S(Guryoku’s Ultra Training School) trains the new generations of Guryokus.

Each episode is 30 minutes long, and each half of the episode is about two coupled charecters making love with each other.

Bruce is the main focus charecter in the series and a deck user. He‘s sometimes nicknamend ”The Black Knight”. In the second season he develops a love interest with Hikari and soul-mated with her. His main child is Darkwing.

Hikari is the main focus charecter in the series and a deck user. In the seacond season she developed a love interest with Bruce and soul-mated with him. Her main child is Drakari.

Nina is a pet user from a China based land. In season one she strives to become stronger, and went to Nagi’s said to obtain power. However, after being defeated by Sergay she questions herself on why she wants to be strong and have a change of heart. In season two she developed a love interest with Sergay Ahi and soul-mated with him. Her GEM is a Neptune Emerald, her element is a Bident, and her main child is a sea turtle.

Kazuya comes from a eurapeon based land. His main child’s name is Drago. He loves Akane and soul-mated with her.

Akane comes from a China based land. Her main child’s name is Harry. She loves Kazuya and soul-mated with him.

Takumi is Mai’s little brother. He soul-mated with Akira and later developed a love interest with her.

Akira comes from a Japanese based land. Akira is a item user. Her main child’s name is Gennai. She soul-mated with Takumi and developed a love interest with him.

Shiho was a Shrine Maiden from a Japanese based land.

Natsuki is a pet user who was adopted by the Orochi family years ago, and is Shizuru’s adopted younger sister. She likes to wear a cowgirl hat because she likes western based movies. She first thought of being a dominator or dominated, but thanks to Shizuru’s advice on thinking about her choice and Natsuki decided to soul-mate with Takeda. Her main child’s name is Duran.

He‘s a pet user who is from a Japanese based land. His main child is named Baku Lion. He soulmated with Natsuki.

In the past she used to be like her “Hime” counterpart but had a change of and became like her “otome” counterpart. Nao is Natsuki’s rival. She soul-mated with her lover (and former enemy) lutenit Ace Pata. Her main child’s name is Julia.

Haruka is part of the student council. She and Yukino later developed a love relationship and soulmated. Her main child’s name is Kuomokuten.

Yukino is a guy (unlike his past counterparts), and is part of the student council. He uses his element to view people who matinize to make sure that dominators don’t kill the dominated. He and Haruka later developed a love relationship and soulmated. His main child’s name is Diana.

Shizuru is a deck user and a teacher of G.U.T.S. who teaches Deck Users, and is Natsuki’s older sister. She regrets being the dominator instead of soulmating with Tommy. Shizuru transphere most of her extra mana back to Tommy when she hugged and kissed him, which cause her robe, element, and child to devolve. At the end of the season two she soul-mated with Tommy. In “Lovers” she and Tommy got marrie. Her main child’s name is Kiyohime.

Yukariko is a pet user. Her main child’s name is St. Vlas.

Midori is a teacher of the academy who teaches students about combat. Her main child’s name is Gakutenou.

Mai is a item user. Mai is the wife of Yuuichi. Her GEM is a Fire Stirring Ruby, her elements are a set of 4 golden rings with magatama around her wrists and ankles main child’s name is Kagutsuchi.

Yuuichi is Mai husband. His Main child’s name is Leo.

She’s the daughter of Lena and Shiro Sayers. Her GEM is a Blue Sky Sapphire, her element is a double bladed crysta lance, and her child is a blue crystal Phoenix which after Arika performing soul mating evolved into a blue crystal Garuda.

His main child’s name is Aba.

Ace is a pet user.

Nagi is the main antagonist in season 1, and a pet user. He hopes of bringing back his beloved Mashiro.

Queen Homo is the main antagonist of season 2.

Tomo is the follower of the Queen Homo. In ”Lovers” she made love with Reito and had a change of heart.

Guryoku: Guryokus are warriors who protect the planet Omni. A person becomes a Guryoku by enter reacting to a GEM. There are there types of Guryokus: Deck Users, Item Users and Pet Users.

GEM: GEMs are a guryoku’s key item. Males wear GEMs around their neck like necklaces, while females wear them on their ears like earrings. GEMs allow Guryokus to put on special clothes called robes, summon weapon(s) called elements, and to summon creatures called childs. GEMs choose the person to be a Guryoku based on that person’s heart, resolting the design of the robe, element and child of that certain Guryoku, and based on the type the GEM itself is.

Robe: Robes are battlesuits for guryokus. It gives guryokus super-strength and the ability to fly. The design of robes are full body suits based on that certain guryoku’s heart. After a male and female guryoku matinize by soulmating the robes change into a new form, sometimes gaining capes, ribbons, spikes and other things. But dominators‘ gain stronger adds on them, but leaving the dominted‘s robe the same.

Elements: Elements are special weapons for guryokus to use. The form of the elements are based on the guryoku’s heart.

Childs: Childs are special creatures that assist guryokus. Even though childs are formed by the guryoku’s hearts, wild childs called orphans can be found in many places in Omni. Guryokus can make pacts with orphans depending on the circumstance. Most childs can sometimes merge with guryokus as armor and/or weapons.

Omni: Omni is the home world planet of the Guryokus, who protect the planet.

Homo: Homos are the antagonists creatures in season two. They’re morph-organic like beings that represents chaos and disharmony in the world. Two Homos of the same gender merge together to become a stronger Homo, but it’s unknown on what happens if two Homos of two different genders.

One of Mai's childs.

One of Hikari’s childs 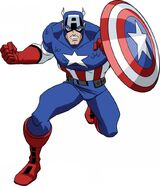 Add a photo to this gallery
Retrieved from "https://ideas.fandom.com/wiki/Mai(My)_Guryoku?oldid=1526597"
Community content is available under CC-BY-SA unless otherwise noted.