The soundtrack was created by Walt Disney Records, and it features original score by Michael Giacchino.

The film recieved generally positive reviews from critics. It has a score of 81% on Rotten Tomatoes and 75 out of 100 on Metacritic. 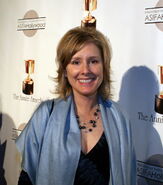 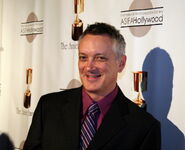 Alan Tudyk as Owl
Add a photo to this gallery

Logo Variations for the Film

On the film variant, Coming Soon

On the film variant, Coming Soon

On the trailer variant, Coming Soon

You can see the credits in this page. Just click on it, and it will take you there. Anyways, the credits were made by Nicky.correale.

Retrieved from "https://ideas.fandom.com/wiki/Little_Bear_(Disney_film)?oldid=2153246"
Community content is available under CC-BY-SA unless otherwise noted.