Lego Teen Titans is a Lego-themed action-adventure video game developed by Traveller's Tales, which serves as a spin-off to the Lego Batman trilogy and the fifth installment in the Lego DC franchise. The game focuses entirely on the titular teenage superhero team, the Teen Titans. The game was released by Warner Bros. Interactive Entertainment on 15 October 2019 in North America and 19 October worldwide, one year after Lego DC Super-Villains.

Lego Teen Titans is an action-adventure game played from a third-person perspective, alternating between various action-adventure sequences and puzzle-solving scenarios. The game itself operates with the same level of gameplay mechanics from Lego video games, as well as elements from the Lego Batman Trilogy, focusing on a mixture of levels consisting of two modes - story and free roam - along with open-world elements in between levels, featuring a selection of locations from the DC Universe, including condensed versions of Gotham and Metropolis. Like previous titles from the Lego Batman Trilogy, such as Lego Batman 2: DC Super Heroes and Lego Batman 3: Beyond Gotham, players gain access to a roster of iconic characters from the DC Universe (most of them from the Teen Titans-related projects), each with their own unique abilities. Characters (and variants of the main characters) from the 2003 TV series are also playable in the game.

While the game again includes character customization as in previous Lego games, Lego Teen Titans also introduces vehicle customization, on which players are allowed to build and customize their own vehicles in Cyborg's workshop into three different options -aircraft, car or motorbike- and then summon and ride them anywhere in the game's open world.

Lego Teen Titans stands out from other Lego video games by including unlockable bonus mini-games for four-players, such as Kart racing. Also, similar to Lego Marvel Super Heroes 2, the mini-games include competitive Super Hero battle mode, allowing players to fight each other cooperatively in battle arenas.

Also, similar to Lego Marvel Super Heroes 2 and Lego DC Super-Villains, players can enter Photo Mode, on which they can opt in taking normal pictures or selfies anywhere and anytime while in the hub or free play levels.

While the Justice League are out to deal with the next schemes of the Legion of Doom, Nightwing, Superboy and Wonder Girl are entrusted to look after an alternate version of Terra from Earth-3 and train her to become a new member of the Teen Titans. The young heroes eventually find themselves with bigger issues when Brother Blood and Deathstroke come out with dastardly plans involving their cabal, the Brotherhood of Evil. The Titans must now gather their friends and allies to uncover and thwart their enemies' plans and save the world. They must also prepare for the great threat imposed by Raven's father Trigon.

Batman, Superman and Wonder Woman are training their respective proteges Nightwing, Superboy and Wonder Girl at the same time they are intercepting the Joker, Lex Luthor and Cheetah in Gotham City. The three villains have Terra as a distraction for the heroes until she is defeated by a younger, shorter, but more heroic version of her. While Terra is taken to prison, Batman, Superman and Wonder Woman check on the alternate Terra, who had come from Earth-3 following Darkseid's summoning o the Crime Syndicate and the mysterious arrival of Luthor's Rookie[1].

Batman, Superman and Wonder Woman agree to let their proteges take the displaced Terra (soon nicknamed "T-3") under their wing as a member of the Teen Titans while the three go with the rest of the Justice League stop the Legion of Doom's next schemes. While Superboy and Wonder Girl train T-3 in the Titans Tower, Nightwing goes with Starfire, Beast Boy, Raven and Cyborg to stop Deathstroke, who is taking advantage of Luthor's absence to try and steal a new weapon of LexCorp technology. The young heroes manage to successfully destroy the weapon and stop Deathstroke, despite the interference of Jinx and Mammoth, who unwillingly reveals Deathstroke's plan to form a new organization of supervillains on the Legion of Doom's absence.

Back in their Tower, the Titans recruit Barbara Gordon / Oracle, who had spied on the villains and reveals they are working for Brother Blood, who is organizing a "Brotherhood" of super-villains to fill the power void left after the Legion of Doom went missing a few days ago, and their Rookie returned to Earth-3. While others split in small teams to do their best to stop the Brotherhood, Raven begins to suspect of another potential threat which Brother Blood is inadvertently unleashing by seeking another mysterious artifact which could bring doom to the world if in wrong hands. Cyborg and Superboy head to S.T.A.R. Labs in order to find evidences of the devices targeted by Brother Blood and Deathstroke. They eventually clash with Psimon, who is planning to control the minds of the heads of S.T.A.R. Labs for hostile purposes, and a brainwashed Blockbuster, and the two defeat the villains with help from Red Arrow. Starfire and Wonder Girl head to Belle Reve, where Terra was arrested, to stop a breakout orchestrated by Cheshire. They defeat her and the incarcerated inmates, though Terra successfully escapes with Deathstroke's help in the issuing chaos. Nightwing, Red Robin, and Bumblebee infiltrate an LexCorp facility where Supergirl, Thunder and Lightning are also exploring to rescue the missing Daily Planet employees, and eventually clashing with and defeating Mad Mod and Cinderblock.

Knowing how powerful Brother Blood's allies are, the Titans, with the Justice League too busy searching for the Legion of Doom's whereabouts, opt in recruiting more of their friends to help stop the Brotherhood. Nightwing, Beast Boy and Kid Flash head to a Project Cadmus facility to find the materials they need to help track other metahumans. They end up clashing with Maxwell Lord, Billy Numerous and Plasmus, but they defeat the three with help from Miss Martian, who accepts the offer of joining the team. Soon after, Miss Martian leads Red Robin, T-3 and Wonder Girl to Oa, where they recruit Green Lantern Jessica Cruz and Blue Beetle after defeating Blackfire, who was sent by Brother Blood to steal the Green Lantern Central Battery, and Black Beetle, who was leading the Reach on a attempt to destroy the Battery. Jessica and Blue Beetle go with Beast Boy to stop a robbery orchestrated by Doctor Light and Overdrive at the Gotham Museum of History, and defeat the villains while summoning and recruiting Shazam (who has been stranded on Earth-3 since his and Mazahs' latest fight with Black Adam) and Static.

Nightwing searches for and meets with Raven, who is still trying to search for answers for Deathstroke's true plans until she is ambushed by Klarion the Witch Boy and his minion Teekl. Raven is soon aided by Aqualad and Rose the Ravager, and the three defeat Klarion and Teekl, who retreat back to the H.I.V.E. headquarters. Aqualad joins the Titans, but Rose refuses to take part in the young heroes' mission and leaves seeking her own objectives. The Titans regroup and launch an attack on the Brotherhood on top of the H.I.V.E. headquarters. Deathstroke and Terra suddenly betray the Brotherhood, and use an magical staff which Klarion previously stole to turn the villains into mindless demonic monsters (which Raven soon finds herself familiar with) so that the Titans and Brotherhood members can destroy each other. After he and Wonder Girl defeat Cinderblock, Plasmus and Overdrive (the three fused together as Ternion), Superboy manages to destroy the staff while T-3 triggers an earthquake which causes the headquarters to collapse. Trying to escape the headquarters with the rest of the team, Superboy, T-3 and Robin are suddenly teleported away by one of Brother Blood's machines before a portal to a fiery dimension is unwillingly opened.

Superboy, T-3 and Robin wake up in a post-apocalyptic version of Raven's destroyed homeworld of Azarath, and find themselves encountering Raven's father Trigon, Deathstroke and Terra's secret master, who ordered them to find the Ring of Azar so he can summon his demon army to attack and lay waste on Earth. With unexpected help from Rose (who had changed her mind after learning of her father Deathstroke's plans), the three young heroes escape back to Earth without being discovered by Trigon. Shortly after the Titans regroup and become aware of Trigon's plans, they are met with the members of the Justice League, who are also out to stop Trigon after learning that he had also corrupted Luthor and the Legion of Doom (just like it happened to the Brotherhood members). While the other heroes spread out to hunt for the corrupted villains, Raven and Batman search for and obtain the Ring of Azar in Nanda Parbat before it can be used by Ra's al Ghul and the League of Shadows, who are also in service with Trigon.

Raven uses the Ring's power to restore the corrupted villains back to normal, though some of the Justice League's enemies -Cheetah, Harley Quinn, Joker, Riddler, and Toyman- end up developing typical teenage-like personality and behavior in the process, and Luthor remains in hypnotic state. The Titans and the League focus on defeating the remaining villains loyal to Trigon, who orders his spawns to track down the Ring of Azar, and retrieve Raven. While other heroes battle Trigon's forces, Nightwing and Starfire lead a small group to confront Trigon himself and hold him off long enough for Raven to unleash her full potential (changing to the form of White Raven), and outmatch Trigon, ending his threat and saving the Earth.

Superman imprisons the powerless Trigon into the Phantom Zone along with Brother Blood and Blackfire, while the remaining Brotherhood members are arrested in Arkham Asylum and Stryker's Island, and Rose takes Deathstroke, Terra and Ra's al Ghul to Nanda Parbat so that they will be "lectured". The Titans are lauded by the Justice League for saving the world, and they celebrate their victory with an party at the Tower.

Along with their default appearances, some characters also have alternate variants which can be unlocked as well.

Those include characters who can be found in the hub world, chapters' free-play, story bosses, etc.

Like Lego Marvel Super Heroes 2 had J. Jonah Jameson's Webcast comments and Lego DC Super-Villains had Lois Lane's Daily Planet recordings, the mission briefings in Lego Teen Titans have the TV show versions of the Titans (both founding and expanded, honorary members) reacting to videos on their computers. The videos include archive audio and footage from the 2003-2006 TV show's episodes.

The headphone (which is visible in the bottom left corner of the screen) is the primary map for the game's open world portions (as in Lego DC Super-Villains). It can also be accessed by player to view the full map, check the side-objectives and play the collectible songs which are earned in the story levels.

As in the recent Lego Games, each of the chapter levels (main and bonus included) has a number of collectibles (primarily Minikits) to be found. In this game, players collect, in each level, 10 Minikits (canisters with the TT logos, each 10 build a comic book based on the level's theme), 1 Character Token (which earns a hidden playable character to be unlocked), 1 Red Brick (which enables player to purchase a extra, such as Fast Build or stud multipliers) and 1 CD Player (each unlocks a popular song which can be played anywhere and anytime at the player's cellphone).

Unlike the Lego Batman trilogy and Lego DC Super-Villains, Lego Teen Titans also incorporates the use of popular songs as part of the game's soundtrack. 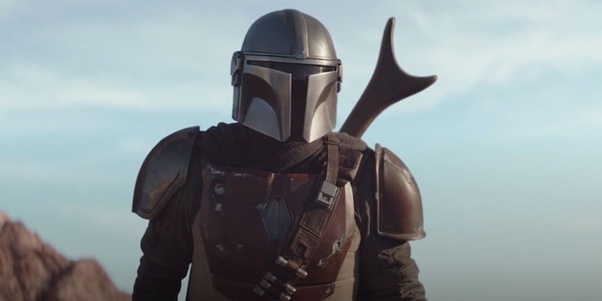