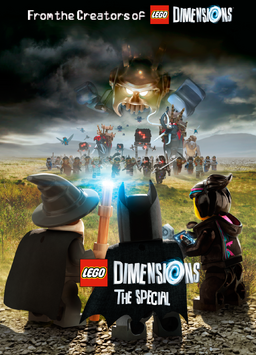 LEGO Dimensions: The Special is a direct-to-video animated special by TT Animation and distributed by LEGO System A/S. Based on the videogame, LEGO Dimensions.

The Lord of the Rings

The Wizard of Oz

Courtney Taylor - The Wicked Witch of the West

Differences Between the Game and the Special

Retrieved from "https://ideas.fandom.com/wiki/LEGO_Dimensions:_The_Special?oldid=626295"
Community content is available under CC-BY-SA unless otherwise noted.