Katherine Anne Pryde is a fictional superhero appearing in American comic books published by Marvel Comics, commonly in association with the X-Men. The character first appeared in Uncanny X-Men #129 (January 1980) and was co-created by writer-artist John Byrne and Chris Claremont.

A mutant, Pryde possesses a "phasing" ability which allows her, as well as objects or people she is in physical contact with, to become intangible. This power also disrupts any electrical field she passes through, and lets her simulate levitation.

The youngest person to join the X-Men, she was first portrayed as a "kid sister" to many older members of the group, filling the role of literary foil to the more established characters. She occasionally used the codenames Sprite and Ariel, cycling through several uniforms until settling for her trademark black-and-gold costume. During the miniseries Kitty Pryde and Wolverine, she was renamed Shadowcat, the alias she would be most associated with, and shifted to the more mature depiction of her subsequent appearances. She was one of the main cast of characters depicted in the original Excalibur title. After joining the Guardians of the Galaxy, she assumes her fiancé's superhero identity as the Star-Lord. As of the series Marauders, she is now informally known as Captain Kate Pryde and The Red Queen of the Hellfire Trading Company. 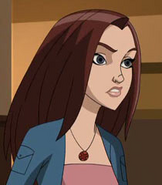 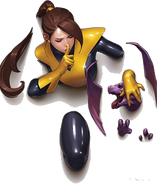 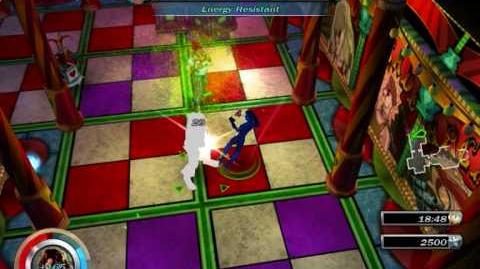 Shadowcat Mod for Marvel Ultimate Alliance (PC VERSION)
Add a photo to this gallery
Retrieved from "https://ideas.fandom.com/wiki/Kitty_Pryde?oldid=2722401"
Community content is available under CC-BY-SA unless otherwise noted.