James Bond 007 in Mayonaka Persona was a Action & Adventure movie & anime including the Persona 4 cast from the sequel to Casino Royale & Quantum Of Solace. This movie is going to be like Carrie meets the James Bond world were Bond can survive the shadows throughtout the TV.

The world's greatest secret agent from MI6 of a suave spy who can investigate the world & take out the Quantum organization for good.

The MI6 of the Chief of Staff that can command Bond by giving some missions for him.

The secretary of M from MI6 who contacts Bond for his mission.

The leader of the Quantum organization from Casino Royale & Quantum Of Solace that can conquer the world by eliminating Bond for his own power for revenge. Now Mr. White have worked under orders for Izanami after Bond threw out of the TV.

A protagonist from Tokyo who travels to Inaba for a year with the Dojima cousins but got involved with the Mayonaka TV situation.

A clumsy boy who was working in JUNES as a supermarket attendent who wanted to become the best.

A Martial Artist who can learn her moves & she's a fan of Bruce Lee.

A Japanese princess of her hotel & a close friend of Chie.

A hoodlum biker gang who trashes out some gang members around Inaba.

A pop Idol singer who was becoming popular in commercials & a tofu worker in Inaba.

A detective who was investigating around something suspecious in Inaba.

A weird creature who was partolling around the television filled with shadows.

A Velvet Room leader who posseses the power of Personas around the wild cards.

Igor's assistant for the wild cards of Personas.

A friend of the Velvet Room who roams around the real world for a close date of Yu.

A corrupted poilce detective who wants to like change the world into the shadow world who work under orders by Izanami.

The ruler of the shadows and the fog of her personality of the Gas attandent in order to rule the world.

One of the MI6 deputy staff from Tomorrow Never Dies, The World Is Not Enough & Die Another Day makes a return of Mayonaka Persona in order to contact Bond for the conversation of the agency.

After the events of Quantum Of Solace Bond investigates Haine's house when Bond discovered Mr. White & Haines when Bond throw White out of the TV. In Japan Yu Narukami a 18 years old boy who was moving from Tokyo to Inaba when Bond joins in when they arrived in Inaba. In Inaba Bond & Yu met Nanako Dojima & her father Ryotaro Dojima to take Bond & Yu home. At school Bond & Yu met Yosuke a Junes worker, Chie a martial artist & Yukiko a princess of Amagi Inn. Later Bond, Yu & his friends checked something strange out from the TV that Bond threw White out of the TV when Bond & Yu must investigate in this Action Packed Adventure. 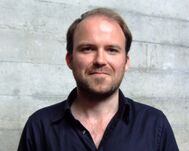 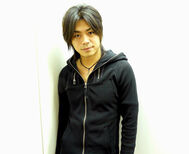 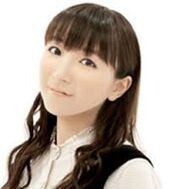 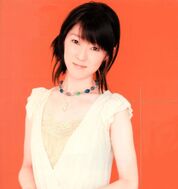 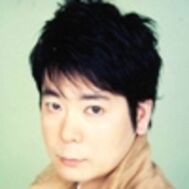 Colin Salmon as Charles Robinson
Add a photo to this gallery