Start a Wiki
Hi Hi Kirby Ami Yumi is a Cartoon. It is a spin-off of the two hit cartoons, Hi Hi Puffy Ami Yumi and Kirby & Yoshi. Though a spin-off of those two shows, it also features characters from other shows like Uglydolls (Wage, Babo, Ox, Icebat, Mr. Kasoogi, and Tray), Powerpuff Girls (Bubbles), Adventure Time (Jake), Gogo's Crazy Bones (Mosh), The Amazing World Of Gumball (Gumball), and U.B. Funkeys (U.B.) which makes this the biggest crossover CN Show ever. The series evolves around Ami Onuki, Yumi Yoshiruma, Kirby Wazoski, Yoshi Wazoski, and others getting into various situations such as fighting an evil and powerful villian, someone stole my [item], ect. However, some characters like Kaz, Julie, The Girl's Cats, Tiff, Tuff, Finn, Princess Bubblegum, Ice King, Nasako, Sato, Darwin, Anais, Nicole, Richard, Deuce, Nuke & Wags do not appear at all and/or become mentioned over time. Although the pilot and first 6 episodes aired on Cartoon Network, any future new episodes and reruns of older episodes will air on the Gannon X channel. The sneak peak premiered on Cartoon Network, 4KidsTV, and Gannon X Channel on May 24, 2012, while the series premiered on July 1, 2012. It is among one of the most popular Cartoon Network shows with Adventure Time, The Amazing World of Gumball, and Reagular Show. The show also aired in Japan on Cartoon Nework & Tokyo TV. It was originally intended to air on [adult swim]'s block "Toonami", but premiered on Cartoon Network instead.

52 episodes, 8 specials, a Holiday series with 2 episodes, 1 theatrical film, and 1 TV movie have aired. The series's rating ranges from TV-PG to TV-PG-V or TV-PG-L. 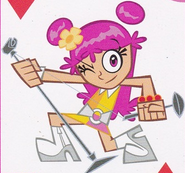 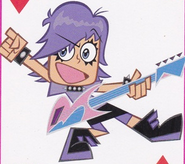 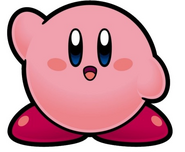 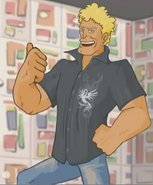 Brody Fox
Add a photo to this gallery

These are DVDs with HHKAY episodes.