Start a Wiki
Good Ol' Magic is an American fantasy-supernatural-comedy magical girl video game series created by Stella McDonnell, being developed by Traveller's Tales (most installments), NetherRealm Games (The Masked Crusader only) and Monolith Productions (World of Wonder only) and published by Warner Bros. Interactive Entertainment since October 5th, 2006.

A Face Paint witch trains to be the best as she deals with numerous threats.

This franchise received mainly positive reviews from critics and audiences alike, being praised for its humor and writing as well as [reserved for Green].

Charlotte Painex (including her Spiritual and chibi forms). 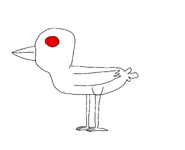 Tux.
Add a photo to this gallery

Despite its success, the portrayal of a lesbian couple (Charlotte and Maria) sparked some controversy by conservative groups, leading to people accusing GoM for "pushing the agenda" in a media aimed for kids and teens, alleging that it's attempting to encourage them to experiment homosexuality with each other.

The reveal of Daisuke as homosexual also gathered similar controversy for similar reasons: pushing the agenda and encouraging kids to experiment homosexuality.

Some international versions in countries where LGBT rights are a crime edit Charlotte and Maria's relationship into just friends with all romantic affections being omitted, with a few countries even banning it as a whole.

The fanbase is rather infamous for being toxic, especially given its LGBT approach, as it has been negatively compared to fandoms of Steven Universe, Sonic the Hedgehog, Five Nights at Freddy's, Undertale and Collin the Speedy Boy. Some of them are derrogatorily named "social justice warriors" (SJWs) due to TBD.

Some of those fans are infamous for engaging in feuds with fanbases of Sabrina the Teenage Witch and Collin the Speedy Boy, especially when it comes to TBD.

Other situations also happen when dealing with shippings, especially regarding the canon pairing Charlotte/Maria and TBD, TBD.

In a video Stella made with Rebecca Sugar, whose created show Steven Universe is also infamous for its toxic fanbase, she addressed the fans by saying that she condemns such behavior and TBD.

Aside from writing non-canon plots for her works in fanfiction websites, Stella attracted some controversy for some of those works, alongside some of her art, featuring her characters and even some from other franchises in rather explicit and pornographic situations, which was seen by some fans and fellow creators as insulting and disgraceful.

Despite that, most fans and creators, while not necessarily agreeing with it, gave Stella their support for doing what she likes to, even if it means letting characters get into these situations.

In an interview she gave, Stella revealed that does adult fanart and fanfiction since she finds fun to imagine characters in rather lewd situations since "even the nicest person has lewd dreams" and for some shock humor as well.

Stella's decision to turn the series darker (to the point where it's T-rated) after the mixed reviews of Cleo Unleashed was received with mixed reactions as some fans didn't like it due to some fans believing that she is trying to make kids and tweens who are huge fans of GoM turn away from it.

According to Stella, she wanted to try newer plots that might be rather disturbing for younger audiences and make the series more serious than others and affirmed that, despite the changes, she will still try to appeal to kids, although there were previous attempts to make the series darker in spin-off works such as Maria and The Masked Crusader.

Retrieved from "https://ideas.fandom.com/wiki/Good_Ol%27_Magic?oldid=2101974"
Community content is available under CC-BY-SA unless otherwise noted.