Gex is Back, and with no Memory of his past life, and now with his search for the truth, he begins to remember his old nemesis Rez. and has to stop him.

The Purple Island with amazing genres that is back in the old days of Classical stories. The Bonus Level is based on Opera to collect the Phantoms Mask (39) at a certain time, and head Into the Stage and Grab the Silver Remote.

This is the Second Isle, it is more tougher than the first one, and it's genre is more on the Sci-Fi Horror genre. The Bonus level here is based on A Haunted Mansion, and Gex must grab 40 Stakes and head to the heart of the mansion to win the level.

After defeating Slimu, Gex regains his memory and realizes that it was X-Tra who was never really in danger but playing his mind, and Gex feels humiliated and heads towards a Isle based on Romance, and True Love. Bonus Level is based on the Love ride and Gex must collect 25 Roses then head back to the entrance.

This isle is based on Comedy, and even cartoonish shows that can make you laugh right away, The Bonus level is based on Smurfs where you must collect alot of marshmellows and then head to Papa Smurf's house to grab the Silver Remote.

A Primitive World mixed with Rez's and X-Tra's influence, This the toughest yet for Gex, and it requires a nerve of steal to beat both of them. Bonus Level has X-Tra revealed to be an android, and is the mini boss of the level.

Special Thanks To The RagDoll Corporation

Add a photo to this gallery
Prints ByColor by 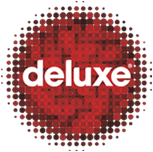 Retrieved from "https://ideas.fandom.com/wiki/Gex:_Gecko_100%25?oldid=2214266"
Community content is available under CC-BY-SA unless otherwise noted.