Fish Attack: A Great adventure is a Canadian/American 3D/2D animated/family/comedy/adventure film release for 2019. It is based on the hit Disney/Pixar film, Finding Nemo. It is rated PG, and its produced by Blue Sky Studios/20th Century Fox Animation/Bad Hat Harry Productions/Once Race Films, and distributed by 20th Century Fox.

Horton Hears a Who! 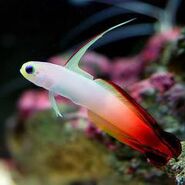 Retrieved from "https://ideas.fandom.com/wiki/Fish_Attack:_The_Nate%27s_Rescue?oldid=2151768"
Community content is available under CC-BY-SA unless otherwise noted.