Ferryman is a video game franchise, being created by Elisha Lake-Quinn. It is being owned by LucasArts from October 1997 til TBD 2012 and is currently owned by Krome Studios afterwards.

A skeletal creature that travels from his own world to the life world (mainly in the fictional city of Lightsbridge) must stop various villains... both on the death world and the life world.

[putting Ferryman to Smash Bros. Ultimate as part of DLC]

The original comics had its start in 2001 and ended in 2005, with the revival comics started since 2017. TBD handles the publishing rights for both comics.

On December 23rd, 2016, Universal Pictures confirmed that a CG-animated Ferryman movie is in production. Since its' acquistance of DreamWorks Animation, it is confirmed that DreamWorks Animation would produce the movie in addition to having the licensing rights for the movie and The Legend of Ferryman. Justin Timberlake is confirmed to be the voice of the titular character, with Alison Brie voicing Lake Crowellson. The movie is aimed for its December TBDth, 2021 release.

The Ferryman series received critical acclaim by critics, being praised for its creativity, art-style, decent controls, memoriable characters and stories. 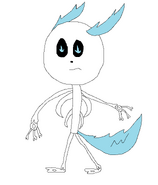 Reese Raini.
Add a photo to this gallery

Retrieved from "https://ideas.fandom.com/wiki/Ferryman?oldid=2483550"
Community content is available under CC-BY-SA unless otherwise noted.