Elsa and Ernie's Fun with Friends is a suggested TV series that could produced by Columbia Pictures and air on Hallmark. It will be a live-action crossover spin-off sitcom between Disney's Frozen and Tangled, and Sesame Street which will star Elsa the Snow Queen, Ernie, The Two-Headed Monster renamed Fun, Frazzle, and Rapunzel. Other characters such as Big Bird, Snow White, or Mickey Mouse will not make any appearances (as such they won't be mentioned either).

The audio books will regularly feature the voices of Kristen Bell as Elsa, Rashida Jones as Rapunzel, and Demi Lovato as Cinderella. Elsa will narrate all these stories as well except Ernie's T'was the Night Before Christmas which will be narrated by the title character himself. 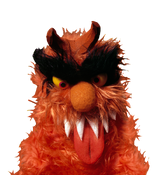 Rapunzel
Add a photo to this gallery
Retrieved from "https://ideas.fandom.com/wiki/Elsa_and_Ernie%27s_Fun_with_Friends_(Hallmark_Kids_TV_series)?oldid=2150828"
Community content is available under CC-BY-SA unless otherwise noted.