Sony Music (Music library)
Dreidel Recordings and Filmworks was an American record label as well as film and television production company founded in 1976 by Carl Andy which was distributed and funded in part by CBS Records, following his 1973 Columbia record Big Big Band and the release of the movie Toby, Andy signed a new deal with CBS that allowed him creative control and to establish a label of his own to be distributed by them, aside from handling his records, he also signed other artists and bands along the way such as Scottish New Wave group Taking Back Friday and Japanese pop idol Seiko Matsuda.

Dreidel also produced movies and television series, mainly films directed by Carl Andy, most of these films were distributed by Warner Bros. or Warner contracted companies like Orion, The Ladd Company or Geffen Pictures

Following the failure of Astro Boy, Andy's stock was down, and so he sold the label to CBS Records (which had just been bought by Sony the prior year) in 1989 (along with some active contracts to the main Columbia and Epic labels) and the division shut down with the release of Shalom Aleichem, the Movie and TV arm was also sold to frequent Andy collaborator and friend Garrett Fredrickson to turn his Nightstorm Entertainment label into a fully fledged production company. 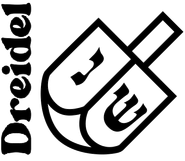 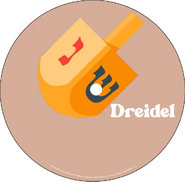 Label design
Add a photo to this gallery
Retrieved from "https://ideas.fandom.com/wiki/Dreidel_Recordings?oldid=2721526"
Community content is available under CC-BY-SA unless otherwise noted.