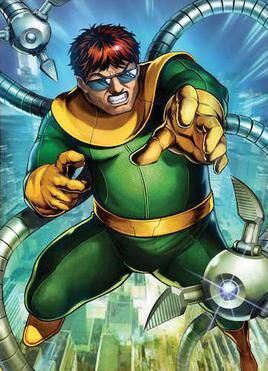 Doctor Octopus (Dr. Otto Gunther Octavius), also known as Doc Ock for short, is a fictional character appearing in American comic books published by Marvel Comics. He is a highly intelligent, myopic, and somewhat stocky mad scientist who sports four strong and durable appendages resembling an octopus's tentacles, which extend from the back of his body and can be used for various purposes. After his mechanical harness became permanently fused to his body during a lab accident, Octavius turned to a life of crime, and came into conflict with the superhero Spider-Man. Since his debut in The Amazing Spider-Man #3 (July 1963), Doctor Octopus has endured as one of Spider-Man's most prominent villains, and is regarded as one of his three archenemies, alongside the Green Goblin and Venom. He is the founder and leader of the Sinister Six, the first supervillain team to oppose Spider-Man.

While usually portrayed as a villain, Doctor Octopus has also been occasionally depicted as a conflicted antihero and ally of Spider-Man. Following Spider-Man's death in the 2012 storyline "Dying Wish", which saw a dying Octavius swapping bodies with the hero and letting him die in his original body, Octavius became motivated to prove he can be a better Spider-Man. As such, he adopted the Superior Spider-Man alias, which was introduced in Avenging Spider-Man #15.1 following a cameo in Daredevil vol. 3 #21 (both December 2012). The Superior Spider-Man possesses all of the original Spider-Man's abilities, memories, and equipment, along with additional gadgets created by Octavius, though he often struggles to live up to his predecessor's legacy and turn his life around after being a villain for years. In 2013, Marvel launched a 45-issue The Superior Spider-Man comic book series focusing on the character's redemption and superhero career. The original Spider-Man has since been resurrected and Octavius returned to his villainous ways, though a second volume of The Superior Spider-Man launched in 2018 saw the character briefly taking on the mantle once again.

A fan favorite character and well-known figure in popular culture, Doctor Octopus has been featured in various media adaptations of Spider-Man over the years, including feature films, television series and video games. Alfred Molina portrayed the character in Spider-Man 2 (2004), and will reprise the role in Spider-Man: No Way Home (2021), set in the Marvel Cinematic Universe. Kathryn Hahn voiced a female version of Doctor Octopus in the 2018 animated film Spider-Man: Into the Spider-Verse. Comics journalist and historian Mike Conroy writes of the character: "Created by Stan Lee and artist Steve Ditko, Doc Ock, as he became known, has become one of the web-slinger's most persistent, enduring, and dangerous foes." In 2014, IGN rated Doctor Octopus as Spider-Man's greatest enemy. 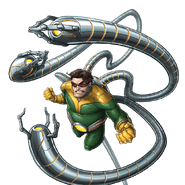 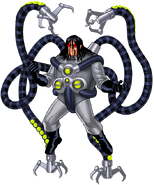 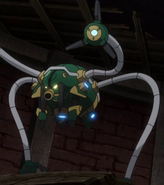 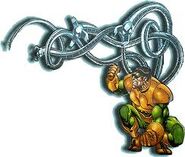 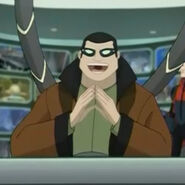 As the Superior Spider-Man 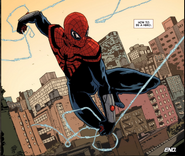