After setting off on his new journey in Destiny Hearts 0.2 Birth By Sleep - A Fragmentary Passage, Muto, Porky Pig, and Daffy Duck will attempt to search for eight guardians of light and the "Key to Return Hearts", as well as find a way to restore those in Organization XIV connected to Muto (Yuxas, Tomoyo, and Koraminé). Meanwhile, King Bugs Bunny and Maku search for other previous Keyblade wielders (Donetas, Narue, and Moku), in an attempt to stop Master Naskenort's plan to "balance" the light and darkness, which will ultimately lead to the final showdown between Muto and Master Naskenort. Following the start of the game, Muto seeks out Ling Chung and through training regains his lost powers after what happened with Naskenort in Dream Drop Distance, completing his Mark of Mastery and becoming a Keyblade Master. 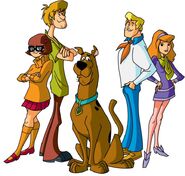 Ash and his friends 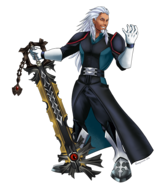 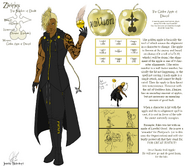 Kabuki Ramirez-Akiyama
Add a photo to this gallery

Retrieved from "https://ideas.fandom.com/wiki/Destiny_Hearts_III?oldid=2314051"
Community content is available under CC-BY-SA unless otherwise noted.