Cyborg is a fictional superhero appearing in American comic books published by DC Comics. The character was created by writer Marv Wolfman and artist George Pérez and first appears in a special insert in DC Comics Presents #26 (October 1980). Originally known as a member of the Teen Titans, Cyborg was established as a founding member of the Justice League in DC's 2011 reboot of its comic book titles. 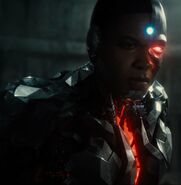 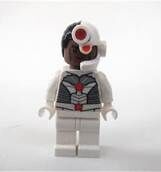 Add a photo to this gallery
Retrieved from "https://ideas.fandom.com/wiki/Cyborg_(DC_Comics)?oldid=2697382"
Community content is available under CC-BY-SA unless otherwise noted.