A mysterious portal leaves two siblings into a new world where fictional characters are believed to be real. 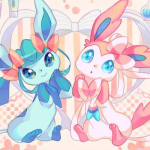