In April 2016, Marvel Television announced that the duo would appear in their own live-action television series with Aubrey Joseph as Ty Johnson and Olivia Holt as Tandy Bowen set in the Marvel Cinematic Universe. 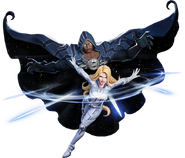 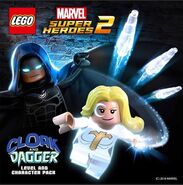 Add a photo to this gallery
Retrieved from "https://ideas.fandom.com/wiki/Cloak_and_Dagger?oldid=2723031"
Community content is available under CC-BY-SA unless otherwise noted.