Start a Wiki
Note: Please do not edit this page except the creator and co-creator of it and also no rude comments.

The film will be written for the screen by David Kirschner and Paul Gertz, the makers of An American Secret of NIMH, and Linda Woolverton, inspired by the original 1990 drug prevention teleplay by Duane Pool and Tom Swale, produced by Charles Grosvernor, the director of Once Upon a Forest, and Don Hahn, directed by Colby Bluth, Bradley Raymond, and Karl Geurs, under the supervision of Pixote Hunt, the animation director of The Pagemaster and Kevin Lima, the director of Enchanted.

The film will be THX-certified and presented in IMAX 3D and Disney Digital 3D. It will be followed by a sequel the following year (2020).

The plot chronicles the exploits of Michael, a young teenage boy. When an army of evil cavemen led by Smoke are about to reach the Potamkin Mansion, his grandmother's cartoon tie-in toys come to life to help him warn his grandparents.

The story begins in the ancient empire of Pangaea in a wrinkle in time, where the wise and valiant knight, Lord Ruhed (voiced by Liam Neeson) and his fair daughter, Lajaed (voiced by Nicole Oliver) lived in the palace of the wise wizard king Chronus on top of the mountain. Pangaea was inhabited by dinosaurs, mythical creatures, movie monsters, prehistoric mutants, and other prehistoric creatures. Ruhed and Lajaed feared that the Magnusrectordracus; meaning "great ruler dragon", and an army of evil cavemen would destroy their empire's environment. After petrifying the Magnusrectordracus, Ruhed gave up his crown and gave it to his daughter. He reminded his daughter that as princess, she would rule Pangaea and watch over the time warp. As Ruhed surrendered his life to defeat the evil cavemen, although the cavemen survived and swore revenge. Princess Lajaed found her father gone, leaving nothing but his shield and armor. Hopefully, Lajaed headed out to the noble observatory on the top of the palace, where she sought the past, the present, and the future. She made a prophecy that a true hero from the world comparing to hers could save her empire.

In the world comparing to the time warp, Michael Potamkin (voiced by Tom Holland) has a new life with his rich grandparents (voiced by Dame Angela Lansbury and Sir Michael Caine) in the enchanted Potamkin Mansion. Suddenly, Smoke (voiced by Alan Tudyk) invokes the army of evil cavemen as his recruits to reach Michael's grandparents' mansion. In Michael's bedroom, the arrival of Smoke's henchmen is witnessed by Papa Smurf, who emerges from a Smurfs comic book with the other Smurfs and alerts the other cartoon characters in the room. (ALF from a framed picture, Garfield as a lamp, The Chipmunks from the album, Winnie the Pooh, Tigger, Piglet, Rabbit and Eeyore as dolls, Baby Kermit as an alarm clock, Baby Piggy, Baby Gonzo, Scrooge McDuck, Huey, Dewey, Louie, and Webby Vanderquack from the closet, the Teenage Mutant Ninja Turtles (Leonardo, Donatello, Raphael, Michelangelo, and Venus) as action figures, and Slimer who passes through a wall).

The cartoon characters discover that Smoke is plotting to try finding Michael (if he's somewhere in the time warp) and taking revenge on him by using a magic potion which combines his men with various tools and weapons of destruction, and transforms them into an army of strange mutant warriors, Homo Minions; meaning "minion men". Michael is sent by his grandmother to escape Smoke. The cartoon characters quickly realize that something must be done about Smoke and his army and they set off guiding Michael through the time warp, so Smoke and his army decide to leave Michael's grandma and grandpa alone and search for him.

When he visits the museum in the time warp, Michael then bumps into Kim Possible, Sam Manson, and Rose who tell them that taking more drugs is not good for him (despite the fact that he no longer takes drugs). The teen girls sing "Drugs Are Bad For You" to him that drugs make you look terrible, and they can be dangerous and disgusting, and teens take them like smoking cocaine, weed, and marijuana which smell terrible (as the girls wear gas masks because of the smell), and they sometimes pass away from drug abuse when they grow up. At the song's conclusion, Rose (dressed as Huntsgirl) slices down the drugs with her huntstaff.

After Michael is chased through the museum with the girls by the Borophagus pack from the Prehistoric Canines book, he falls down into the sewers where he meets the Teenage Mutant Ninja Turtles (Leonardo, Donatello, Raphael, Michelangelo, and Venus). After a brief conversation with Michael, one of them pulls a plug from the bottom of the sewers like a bathtub stopper which sends him into a rollercoaster ride somewhere underneath the sewers where he meets Baby Kermit, along with Piggy, Fozzie, Rowlf, Scooter, Skeeter, Animal, and Bean who take him on a journey to the center of the Earth. While on their way there, Gonzo, dressed as an artist, joins them. Once the ride stops at the other side of the world, the other toons show up and they discover the world of history and encounter countless legends. Later on they met dinosaurs Littlefoot, Ali, Shorty, Cera, Petrie, Ducky, Spike, Chomper, Guido, and Ruby who sing "If We Hold On Together". Along the way they meet Mrs. Brisby who sings "Flying Dreams" to her adopted children Fievel, Tanya, and Yasha.

In the haunted house, the group encounters the Homo Hydus; meaning "Hyde man" who terrorizes the group, driving them upstairs (haunted by restless spirits and flying objects) to the roof where they then head out into the village. At the seashore, the pirates find no treasure, nearly causing a mutiny between the captain and crew. Tigger, Rabbit, Eeyore, Piglet, Kermit, Piggy, Fozzie, Gonzo, Rowlf, Scooter, Skeeter, Animal, Bean, Flora, Fauna, and Merryweather appear and defeat the pirates with the help of Kim, Sam, Rose, the Teenage Mutant Ninja Turtles, Jenny "XJ9" Wakeman, Tinkerbell, and the Powerpuff Girls (Blossom, Bubbles, and Buttercup). After the pirates flee, they sing to Mike "Wonderful Ways to Say No". Later on, Mike meets the princesses Aurora (from Medieval Britain), Ariel and her daughter Melody, Jasmine (from the kingdom between Bibical Israel and the Persian Empire), Pocahontas, Fa Mulan (from Ancient China), and Tiana (from American Deep South) who are assisted by the Magic Carpet, Sebastian, Meeko, Flit, Mushu, and Louis. They sing "A Long Time Ago" to Mike about how they come from the kingdoms of long ago.

Michael and the gang manage to stop Smoke from taking over the world. After defeating him, Michael and the cartoon all-stars arrive at the top of the palace and enter the palace observatory where King Chronus and his adopted daughter Princess Lajaed await them. Michael berates Chronus and Lajaed for the dangers he has suffered and the things he had to do, but the Chronus and Lajaed reveal that the journey was intended to make Michael face his fears. Everyone especially Godzilla reappears in a magical twister congratulating them. Michael and the cartoon all-stars then return home, back to his grandparents' mansion.

Michael tells his grandparents an amazing thing happened at the other side of the world. After his comment, he thanks all the cartoon characters (except for Kim, Sam, and Rose) in the poster on the wall in his room for helping him save Pangaea, and it ends. As the credits roll, the cartoon characters off-screen sing their finale reprise.

The characters, from different franchises are:

Song of the South

Differences between the film and the TV special

Main article: Credits for Cartoon All-Stars to the Rescue

The film score and arrangements or adaptations of scores from the movies by Jerry Goldsmith, Randy Newman, David Newman, Thomas Newman, Alan Silvestri, Elmer Bernstein, John Debney, James Horner, John Williams, Hans Zimmer, Harry Gregson-Williams, and John Powell will be composed and supervised by Alan Menken, who also wrote the score for previous Disney films like The Little Mermaid, Beauty and the Beast, Aladdin, Pocahontas, The Hunchback of Notre Dame, Hercules, Home on the Range, Enchanted, and Tangled. The film also features songs, mainly "Wonderful Ways to Say No" also composed and arranged by Alan Menken and lyrics written and adapted by Stephen Schwartz from Howard Ashman's original lyrics. Menken and Schwartz previously worked together on previous Disney films like Pocahontas, The Hunchback of Notre Dame, and Enchanted.

Orchestrated by Gavin Greenaway, the soundtrack will be conducted by Michael Kosarin and performed by the BBC Philharmonic Orchestra and vocalist Lisbeth Scott, recorded at Abbey Road Studios, London, England, UK. 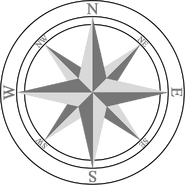 Art for the gigantic squid's tentacles

Skeletal concept for Magnusrectordracus
Add a photo to this gallery

Grandma: (narrating) The story began in a wrinkle in time. In the faraway land of Pangaea, there lived dinosaurs, prehistoric creatures, mythical creatures, treacherous monsters, wild and domestic animals, spirits, mutants, and all other kinds of inhabitants that lived there. Most especially, there was a valiant knight, Lord Ruhed, who lived with his fair daughter, Lajaed, in the palace of the wise King Chronus high atop the towering mountain.

(Michael bumps into three teen girls Kim Possible, Rose, and Sam Manson)
Sam: Hey, watch it!
Michael: Gee, I'm terribly sorry, Miss... (noticed Kim, Rose, and Sam are in there) Kim Possible? Sam Manson? Rose? How did you ladies get here?
Kim: We just came here in this museum to help you not deal with drugs. They're bad for you.

Michael: I know who he is. He's the one who did THIS (gesturing along his body) to me! Do you have any idea what I've been through?!
King Chronus: Tell me.
Michael: I was nearly torn apart by a monster created by a crazy doctor, made a slave by a bunch of mangy pirates, and eaten--got that, eaten--by the Magnusrectordracus!
Garfield: He doesn't mean it, your highness.
Michael: And not to mention being tossed, squashed, shocked, shredded, and run over by many obstacles!
King Chronus: Yet you stand before me.
Michael: Well, yeah.

Retrieved from "https://ideas.fandom.com/wiki/Cartoon_All-Stars_to_the_Rescue_(film)?oldid=2159158"
Community content is available under CC-BY-SA unless otherwise noted.