Bumblebee, designation B-127, is a fictional robot superhero in the many continuities in the Transformers franchise. The character is a member of the Autobots, a group of sentient self-configuring modular extraterrestrial robotic lifeforms.

In most versions, Bumblebee is a small yellow Volkswagen Beetle, although since the live action movies, he has appeared as vehicles inspired by several generations of the Chevrolet American muscle cars – with the live-action film versions being a yellow Camaro with black racing stripes. The original vehicle-mode design was based on a classic European Type 1 Volkswagen Beetle. The character is named after the bumblebee, a black-and-yellow striped bee which inspired his paint scheme. Bumblebee appears in most of the series and later became the main protagonist in Transformers: Robots in Disguise, Bumblebee, and Transformers: Cyberverse.

Appearances in Idea Wiki (by Author/User)

A 1976 Camaro, one of Bumblebee's vehicle forms in the Transformers film 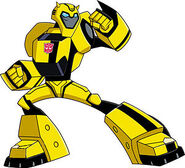 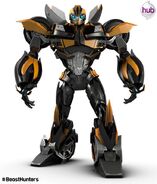 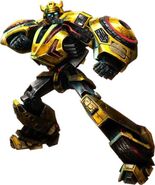 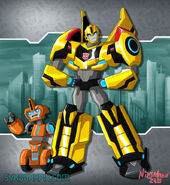 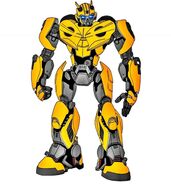 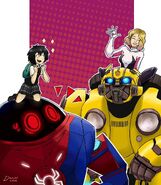 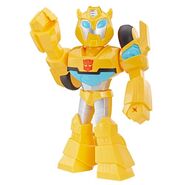 The great quotes of- Bumblebee

Bumblebee - Hailee Steinfeld - Back to Life (Music video HD )
Add a photo to this gallery
Retrieved from "https://ideas.fandom.com/wiki/Bumblebee_(Transformers_character)?oldid=2716003"
Community content is available under CC-BY-SA unless otherwise noted.