Birds is a 2019 American nature documentary film directed by Alaatair Fothergill, Luc Jacquet, and Keith Scholey, and narrated by Ryan Reynolds. The film focuses on a male Blue jay named Oscar and his chicks, a male Northern cardinal named Carlos, a male Bald eagle named Scott along with his son Bush, living in the forest of Canada, the film was released in April 21, 2019

The movie is about Oscar, a blue jay who lives with his family, he needs to protect his family from danger, when the day comes the family files out to find food for their children, they do this everyday, but later today oscar met Carlos, a Northern cardinal who lives right by oscar's tree, they became friends and having fun, but a dangerous bird name Scott, a bald eagle who prays on small animals and birds, so scott wants to pray on oscar's chicks, so oscar needs to protect his family before scott turns them into meat, and the film will be having other birds to talk about.

Oscar is a male blue jay who is one of the main characters of the movie, he is fast, smart, and kind, he always want to keep his family safe from danger 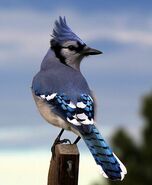 Mia is a female Blue jay who is the wife of Oscar, she is fast, smart, and she wants everything like her family to be safe. 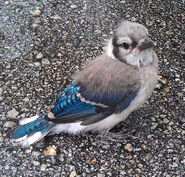 Chase is the son of Oscar & Mia, he is a playful little chick and he is fast.

Jess is the daughter of Oscar & Mia, she is fast, playful, smart, and kind. 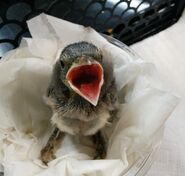 Ben is the newborn chick of the family, he is the son of Oscar & Mia.

James is a Steller's jay who is Oscar cousin, he is brave, fast, and tough to fight back his enemies. 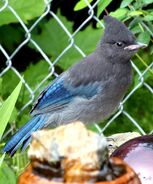 Tom is the son of James, he is fast, brave, and playful.

Carlos is a Northern cardinal who is Oscar's friend, he lives right by oscar's tree, and he is smart and faster than oscar.

Lisa is a female Northern cardinal, and she is the wife of Carlos.

That's Scott, scott is a Bald eagle who is the king, he is the bravest eagle ever, he prays on small animals like rabbits, dogs, and squirrels, and everyday he hunts for fish.

This Is Wendy, wendy is a female Bald eagle and she is the wife of Scott and she is more mature than scott, she protects her family, and she prays on other species.

Bush is the son of Scott and Wendy, he always wants to be like his father when he grows up and he loves to pray and eat fish.

Lucas is the newborn child of the family and he is the son of Scott and Wendy.

Nina is the newborn chick in the family, she is the daughter of Scott and Wendy.

That's Toby, toby is a Fregatidae bird and he is Oscar's friend, he is brave and funny.

Emma is a female Fregatidae bird and she is the wife of Toby. 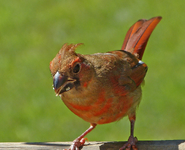 Lincoin is the son of Carlos and Lisa, he is a playful little chick. 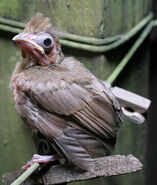 Lynn is the daughter of Carlos and lisa, she is fast and playful.

That's Garry, he is a Great horned owl and he is a sleepyhead, he sleeps everyday, and everynight, he loves to sleep and pray on animals.

That's Tick, tick is a Red-headed woodpecker who is Oscar's enemy, tick takes oscar's food everyday and everynight, and tick and oscar fight with each other.

That's Tock, tock is the son of tick and he takes food from others birds trees like oscar's.

That's Miles, miles is a Harpy eagle who is scott's cousin and he helps him pray on other animals.

That's Gwen, gwen is a female Barn owl and she is the brightest owl ever, she protects her babies when something bad happens. 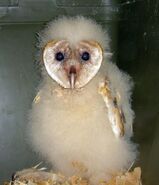 Russell is the son of Gwen, he is bright just like his mother.

Peach, peach is a sweetheart and she is the daughter of Gwen.

That's Francis, she is a Peacock or a Peafowl and she is a fancy bird ever, she walks around showing people her wing pretty wings.

Lilly is the daughter of Francis and she wants to be a fancy peafowl when she grows up.

Meet Terrance, terrance is a American robin who is oscar's friend and he loves worms.
Add a photo to this gallery

Retrieved from "https://ideas.fandom.com/wiki/Birds_(2019)?oldid=1757481"
Community content is available under CC-BY-SA unless otherwise noted.