Over dozens of centuries ago in a planet far far away from here, life began to crumble into uninhabitable levels. Millions of the planet's population fled the planet in search for a new one. However, 6 of the planet's inhabitants went in search of locations to defend. The 6 creatures called themselves members of the Galactic Comets. Each member represents a different form of talent including Intelligence, Prediction, Magic, Bravery, Leadership, and Assistance. As such, they eventually split up after their home planet was wiped out and 3 of them went to another planet with life and swore to make sure they’d protect it. The closest planet they could find was Earth of course and they've kept the planet from extinction by disintegrating asteroids and preventing any sort of friction from occurring down there, at least while staying away from any proximity to the atmosphere layers. Knowing mystic beings exist would cause mass mayhem and planet wide panic. But they've still managed to achieve their goals for almost 7 years, until...well...you'll have to listen to the rest of the story to find out 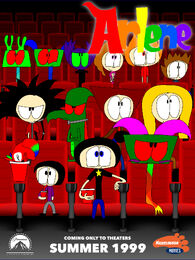